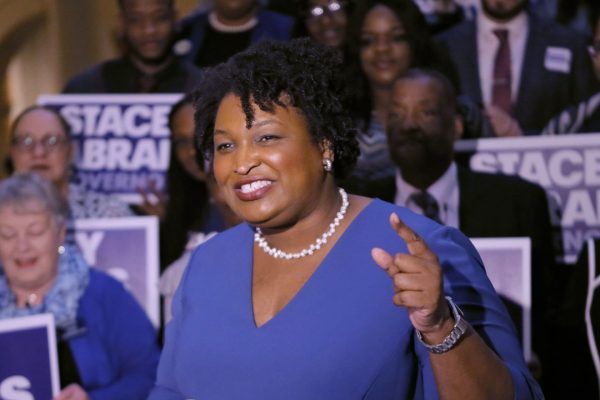 The Peach State is the eighth largest in population with nearly 11 million people, having grown 10% since 2010. It is dominated by the six million residents of the Atlanta Metropolitian region which has grown about 15% over the last 10 years.

There are several reasons Georgia will be of interest in 2020, including the possibility of becoming a swing state for the Presidency and the two Senate seats up for grabs. I will leave the particulars of those races to other diaries.

Republicans also won all of the statewide offices in 2018 though most of the races had narrow margins. (See Table 6.) Democrats however, gained two state senate seats and now hold 21 of 56 seats. In the lower house of the legislature, Democrats made a net gain of 11 seats and hold 75 of 180 seats.

The best news for Democrats in 2018 was flipping one of Georgia’s US congressional seats. Lucy McBath won 50.5% in the rapidly diversify GA CD-6, a suburban Atlanta district. Perhaps worried by his own chances, Republican Rob Woodall in the neighboring GA CD-7 has announced his retirement from the House in 2020 creating a second tossup race in Georgia, according to Cook’s Political Ratings.

Democrats now have 5 of Georgia’s 14 seats. The state is expected to also have 14 seats after the 2022 redistricting.  Georgia’s congressional and state legislative lines are drawn by the state legislature, as a regular statute, subject to a governor’s veto. (See Table 5.)

Stacey Abrams was the Democratic leader in Georgia’s lower house, the daughter of two Methodist ministers. In 2018 she was the first African American female to win a major party nomination for Governor.

Her opponent, the Secretary of State Brian Kemp administered  the election in addition to being candidate for governor.  It was the closest election for Governor since 1966. Abrams claimed Kemp had mismanaged the election by purging 670,000 voters in 2017 and was guilty of voter suppression and irregularities. She has never conceded.

Since then, Abrams has delivered the Democratic State of the Union Address, met with the Democratic presidential candidates leading to vice presidential speculation, and importantly, founded Fair Fight 2020 to provide voter protection in Georgia and 19 other states.

In September 2016, the state of Georgia began automatically registering eligible voters when they applied for a driver’s license, unless they opt out. The growth in registered young people has been spectacular. Unfortunately, young people usually have low turnout rates and Georgia overall is a low turnout state.

The number of Georgia voters in the 18-34 age group has jumped 68% since October 2016, according to an Atlanta Journal-Constitution analysis of the state’s voter lists. That group now makes up 31% of the state’s total…

Meanwhile, the portion of the electorate that is white has fallen since 2016. White voters still make up a majority, accounting for 59% of those who identified their race when registering, but that number slipped from 62% four years ago.

Population growth accounts for some of the voter registration increase. Overall about 1.1 million new voters have been added to the rolls in Georgia since 2017. Since 2020 is a presidential election year, it can be expected many more will be registered at the DMV and other means by this fall.

Look at the age breakdown in the 2018 Governor’s election.

The age groups that are increasing as a percentage of those registered, voted for Abrams. The reverse is true of those that voted Republican. They are making up considerably less of the potential voters in 2020. There is no guarantee that young people will vote for Democrats in the future or that they will vote at all.

The census bureau records non-Hispanic white population of Georgia as 55.9% in 2010 and is estimated at 52.2% in 2018, with all other ethnic groups increasing in percentage. According to estimates, Georgia will no longer have a white majority by 2030-2032.

Georgia does have registration numbers for ethnic groups, but 10.2% are “unreported” so the numbers are incomplete. (See Table 7.)

Much of Georgia’s population increase is in the Atlanta Metropolitan area as well as northern Georgia more generally. A broad swath of central Georgia from South Carolina to the southwest corner of the state is stable or losing population. Some of these mostly rural counties have black majorities but many are white.

Migration from every other part of the country and world accounts for Atlanta’s gain, especially the Atlanta suburbs, but every Metro county is increasing in population and most are becoming more diverse. Voting trends are favorable, especially because 2018 was a good year for Democrats.

The population gains means the Metro area will gain in the state legislature and make it more difficult to draw unfavorable districts for the four Democrats who currently represent the region in the US House.

There are other Democratic regions in the state outside Atlanta. Georgia CD-2, a mostly rural southwest region, is represented by Democrat Sanford Bishop and is 52% Black and 5% Hispanic. Savannah, Athens, and Macon are some of the  are smaller cities that produce Democratic majorities.

Despite growth in Hispanic registration, it is far below 9.7%. Some Hispanics are not citizens and a considerable number are children. It is also likely a good portion of the unknown category is Hispanic.