Since Donald Trump is about as soothing as a ghost pepper enema, this is no surprise. But that doesn’t mean we shouldn’t be outraged.

The Rev. Al Sharpton interviewed George Floyd’s brother Philonise on MSNBC earlier today, and guess what? Trump flubbed his condolence call, coming off as neither empathetic nor particularly interested.

PHILONISE FLOYD: “It was so fast. He didn't give me the opportunity to even speak. It was hard. I was trying to talk to him but he just kept like pushing me off, like, 'I don’t want to hear what you’re talking about.' And I just told him I want justice. I said that I can’t believe that they committed a modern-day lynching in broad daylight. I can’t stand for that. I can’t. And it hurt me, you know, and I just don’t understand, man. Why do we gotta go through this? Why do we got to have all this pain, man? I love my brother. I’m never going to see him again.”

Just one more thing IMPOTUS doesn’t have the first clue about: offering consolation to those who are suffering (i.e., being a normal, decent human being).

The full interview is here. 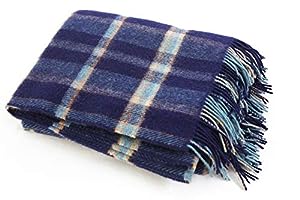