Can’t say that I’m surprised. When you’re loyal to Trump, this is how you get rewarded:

The Justice Department notified three senators on Tuesday that it will not pursue insider trading charges against them after an investigation into stock transactions from the early days of the coronavirus pandemic did not find sufficient evidence they had broken the law, according to a person briefed on the investigations.
The department contacted lawyers for Senators Kelly Loeffler, Republican of Georgia; James M. Inhofe, Republican of Oklahoma; and Dianne Feinstein, Democrat of California. All three had sold substantial amounts of stock in late January or early February when lawmakers were being briefed on the novel coronavirus threat but before the pandemic began roiling financial markets or was fully understood by the public.
Law enforcement officials appear to still be investigating Senator Richard M. Burr, Republican of North Carolina, whose own mid-February stock sales have drawn scrutiny from the Justice Department and Securities and Exchange Commission. This month, F.B.I. agents seized Mr. Burr’s cellphone.
For the other senators, the notifications are likely to begin lifting suspicions that have lingered since mid-March, when they disclosed the trades in mandatory Senate filings. At a time when millions of Americans were losing their jobs and markets had plummeted, even the possibility that members of Congress had used their positions to protect themselves financially prompted cries for resignations and investigations.

Loeffler, of course, is celebrating this news:

The Justice Department’s decision to drop its probe into Loeffler is welcome news for the senator, who faces a serious challenge from Rep. Doug Collins (R-Ga.) in a November special election.

“Today’s clear exoneration by the Department of Justice affirms what Senator Loeffler has said all along – she did nothing wrong,” said Stephen Lawson, a spokesperson for Loeffler. “This was a politically-motivated attack shamelessly promoted by the fake news media and her political opponent.”

Loeffler previously said that she had handed over documents to the Justice Department, as well as the Securities and Exchange Commission and the Senate Ethics Committee, after she sold millions in stocks in the days and weeks following a private all senators briefing on the coronavirus.

She has insisted that the trades were done through a third party adviser and vowed to liquidate her individual stock holdings to quell attacks from the right and left. She’s also recused herself from a Senate agriculture subcommittee.

And of course, Loeffler is already trying to save herself in the GOP primary:

Sen. Kelly Loeffler’s (R-Ga.) Senate campaign is putting six figures behind a new digital ad casting Rep. Doug Collins (R-Ga.) as a “career politician” and linking him to prominent Democrats as the primary heats up between the two Republicans in a race that also includes several viable Democratic contenders.

“A typical career politician who says one thing and does another, who opposes term limits, who supported millions for Common Core and millions more for Sanctuary Cities and politically correct restrictions on our Second Amendment Rights,” the narrator in the ad states. “That’s typical politician Doug Collins. Doug Collins is just not who you think he is.”

The damage has already been done but we shall see. Either way, we need to make sure Rev. Raphael Warnock (D. GA) is ready to win. Click here to donate and get involved with Warnock’s campaign. 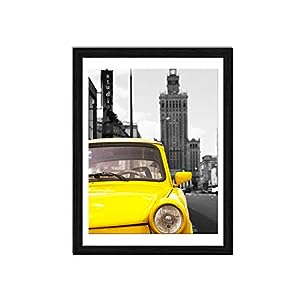