GA-Sen B: Some Major Corporate Donors Are Having Second Thoughts About Supporting Kelly Loeffler (R)

1. Technically, Senator Kelly Loeffler is running to keep her seat.

But she has decided to campaign against Black Lives Matter.

Sony and Target are re-evaluating their support for Georgia Senator Kelly Loeffler's campaign after she denounced Black Lives Matter and urged the WNBA to stop supporting the movement.

Loeffler, a Republican, is the co-owner of the Atlanta Dream pro-basketball franchise. She is facing backlash from players and fans for objecting to the league's decision to honor the Black Lives Matter movement, which Loeffler has dismissed as “Marxist.”
The backlash has put a spotlight on companies that have donated to Loeffler's reelection campaign. Many, including Sony, Target, Google, Best Buy, FedEx, AT&T and Comcast have also issued statements or taken action in support of the Black Lives Matter movement.
Each of those companies donated at least $1,000 to Loeffler's campaign before her comments became public, according to Federal Election Commission records.

WNBA commissioner Cathy Engelbert said Atlanta Dream co-owner Kelly Loeffler, a U.S. senator from Georgia, won't be pushed into selling her interest in the team but that the league is aware of other potential owners for the franchise.

Several WNBA players have called for Loeffler to no longer be involved with the team because of her remarks in opposition to the league embracing Black Lives Matter as one of its primary social justice initiatives this season.

“We're not going to force her to sell her ownership,” Engelbert told CNN in an interview Thursday. “She is not a current governor, she is not involved in the day-to-day, and we are aware there are interested parties who want to purchase the team.

“We have a board of governors — she has not served as a governor since she became a senator, so since October of 2019.”

On July 10 in The Daily Caller, Loeffler reiterated her opposition to the Black Lives Matter movement, as she had in a letter sent to Engelbert, referring to the organization as a “radical Marxist group that actively promotes violence and destruction across the country.”

It says a lot that Target and Sony are showing a little more integrity than the WNBA. Loeffler shouldn’t be a co-owner for racist dog whistling. But she’s doing that to try and shore up the base to save her from Rep. Doug Collins (R. GA):

Republican Senate candidate Doug Collins will report raising about $1.3 million over the last three months for his campaign to oust U.S. Sen. Kelly Loeffler, and he’ll end the reporting period with about $2.6 million in his account.

The four-term congressman is one of 20 candidates challenging Loeffler in a November special election with no party primaries to filter out nominees. He’s racing to frame himself as a more authentic conservative than Loeffler, a former financial executive self-financing her campaign.

Collins was out-raised over the three-month period by Democrat Raphael Warnock, the pastor of Atlanta's Ebenezer Baptist Church. He said earlier this month he'll report raising nearly $3 million during the span between April and June.

The Democrat turned heads in April when he raised more cash Collins and Loeffler in the first quarter. Loeffler is expected to add another $5 million to the $10 million she's pumped into her campaign.

In a memo released Thursday, Warnock’s campaign touted their endorsements, fundraising and recent polling, indicating Georgia is primed to be a battleground state. The memo added that the campaign has a shot of at least making it to a January runoff in the jungle primary for the seat currently held by Sen. Kelly Loeffler (R-Ga.).

“Looking ahead to Election Day, Reverend Warnock is the candidate positioned to win support across urban, suburban, and rural Georgia; capitalize on the state’s new battleground status; and provide Democrats the best chance to flip a U.S. Senate seat in a generation,” the campaign wrote.

Ed Kilgore at New York Magazine warns us that we may not know who the Senators from Georgia are until January:

In Georgia, a red state that’s been steadily turning purple in recent years, winning a general election requires a majority of the vote. If no one achieves a majority (which typically happens in razor-close contests with some minor-party voting), a runoff is held in December for state and local offices, and in January for federal offices. There have in the past been two U.S. Senate general-election runoffs, in 1992 and in 2008. If the Senate race involving Republican incumbent David Perdue and well-financed Democratic challenger Jon Ossoff ends with a plurality winner, a runoff will be held on January 5, 2021.

That’s entirely possible. In the last Senate race in Georgia, in 2016, a Libertarian candidate received over 4 percent of the vote. Perhaps that was an outlier because the major-party race (featuring incumbent Republican Johnny Isakson and Democrat Jim Barksdale) wasn’t competitive. In 2014, when Perdue was first elected after a reasonably competitive contest with Democrat Michelle Nunn, the Libertarian received just under 2 percent of the vote. That would still be enough to trigger a runoff in a very close race this year.

But there’s a second Senate race in Georgia that is quite likely to go to a runoff: the special election to choose someone to finish the term Isakson gave up at the end of last year due to poor health. Under Georgia’s rules, a nonpartisan “jungle primary” will be held the same day as the general election (November 3), and if no one wins a majority, the top two finishers will go to a January 5 runoff. There are 20 candidates who will appear on the ballot, including the interim appointed senator, Republican Kelly Loeffler. She faces fierce competition for Republican voters from congressman Doug Collins. Democratic leaders are mostly backing Ebenezer Baptist Church pastor Raphael Warnock, but early polls have shown Matt Lieberman (son of Joe) with significant support, probably because of name ID. The odds of anyone winning a majority in November are low.

Perhaps one party or the other will nail down a Senate majority on or soon after Election Day. But there’s a nontrivial chance it could all come down to Georgia in January.

So we need to be ready to flip Georgia Blue big time. Click below to donate and get involved with Warnock, Ossoff, Biden and their fellow Georgia Democrats campaigns: 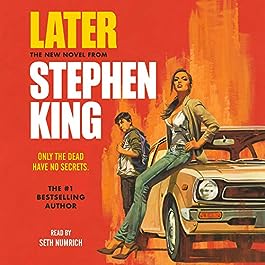