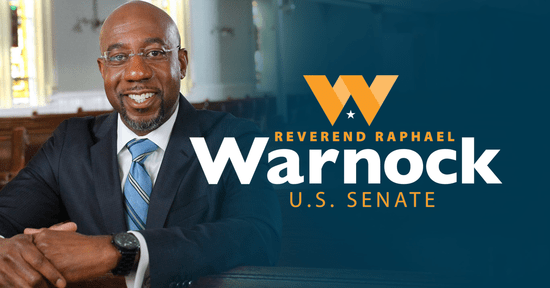 We can flip the Senate, but we have to win races like this one in Georgia. We need to do everything in our power to support candidates like Rev. Warnock and get this done.

Pitch in $5 to help elect Rev. Warnock in Georgia and flip the Senate this November.

Election forecasters are already predicting that this Senate race in Georgia will be one of the closest races of the election. And the experts agree that Democrats can win — but the GOP isn’t going down without a fight.

Rev. Warnock’s Republican opponent in Georgia describes herself as “pro-Trump and pro-wall.” We don’t need another puppet for the Trump-GOP agenda in the Senate — we need a strong, moral leader like Rev. Warnock fighting for our future.

This race could determine control of the Senate. That’s why I’m asking you to join me today in showing your early support for Rev. Warnock’s campaign.

If you’re ready to flip Georgia and flip the Senate, make a $5 contribution right now.

(51660)
$17.62 (as of May 22, 2022 05:42 GMT -04:00 - More infoProduct prices and availability are accurate as of the date/time indicated and are subject to change. Any price and availability information displayed on [relevant Amazon Site(s), as applicable] at the time of purchase will apply to the purchase of this product.)