From the New York Times:

When Kelly Loeffler accepted an appointment to be a United States senator from Georgia, she left behind a high-paying job as a senior executive at the parent company of the New York Stock Exchange. But on her way to Washington, her old employer gave her a lucrative parting gift.
Ms. Loeffler, who was appointed to the Senate in December and is now in a competitive race to hold her seat, appears to have received stock and other awards worth more than $9 million from the company, Intercontinental Exchange, according to a review of securities filings by The New York Times, Ms. Loeffler’s financial disclosure form and interviews with compensation and accounting experts. That was on top of her 2019 salary and bonus of about $3.5 million.
The additional compensation came in the form of shares, stock options and other instruments that Ms. Loeffler had previously been granted but was poised to forfeit by leaving the company. Intercontinental Exchange altered the terms of the awards, allowing her to keep them. The largest component — which the company had previously valued at about $7.8 million — was a stake in an Intercontinental Exchange subsidiary that Ms. Loeffler had been running.
“It looks, feels and has the sweet aroma of a pure windfall,” said Brian T. Foley, the managing director of Brian Foley & Company, an executive compensation consulting firm in White Plains, N.Y.
The generous dispensations are not illegal or against any congressional rule, but they are certain to feed questions about how the Senate’s newest and wealthiest member has handled her finances, an issue that has emerged as a potential risk in her campaign. They add an important asterisk to Ms. Loeffler’s frequent boasts that she sacrificed huge sums of money to serve her state. They are also notable in part because she is married to Intercontinental Exchange’s chief executive, Jeffrey C. Sprecher.
Ms. Loeffler’s allies defended the compensation package, saying there was nothing inappropriate in the arrangement.

Here’s why this doesn’t look good for her:

Loeffler is a member of the Senate’s Agriculture Committee, which among other things has oversight of the regulators who oversee commodities markets such as the ones owned by ICE. One of the company’s most visible entities is the New York Stock Exchange.

She announced Wednesday night that she had stepped down from the Agriculture Subcommittee on Commodities, Risk Management, and Trade. When Senate leaders appointed her to the panel, observers noted its oversight role of exchanges such as those owned by ICE.

Loeffler promised at the time to recuse herself on a case-by-case basis. She blamed the media and “adversaries” for her decision to resign.

Her ties with ICE made her a wealthy woman, but they have also become an issue in the campaign where she also faces a well-funded Democrat in the Rev. Raphael Warnock.

She has also been dogged by allegations of insider trading that stem from stock transactions made on her behalf during the COVID-19 pandemic. Although Loeffler said she did nothing wrong, she and her husband later sold nearly all their shares in individual companies to avoid perceived conflicts of interest.

Except they kept their shares in ICE.

The Democratic Senatorial Campaign Committee, which has endorsed Warnock, said the new details about extra compensation from ICE that Loeffler received are another example of her “shady” and “unethical” behavior. A spokesman for the Democratic Party of Georgia said the deal creates new concerns about conflicts of interest that warrant investigation.

And Republicans are even going after her:

Loeffler was also intended as a rallying figure who could reverse the stampede of white suburban women to the Democratic party. And now Karen Handel, whose bid to return to Congress could depend on reversing that trend, has endorsed Loeffler’s chief GOP rival, U.S. Rep. Doug Collins, R-Gainesville. From a post published earlier this morning:

“He stood with me when others would not in my own fight against Planned Parenthood, and I worked side-by-side with Doug to pass important pro-life legislation,” said Handel. “Most importantly, I trust Doug — to stand up for life, to stand with our president and to stand for our Georgia values.”

Loeffler’s selection was predicated on the fact that her first ballot contest would be an all-comers election featuring both Democrats and Republicans — that it would have the flavor of a general election, and she could escape the hardcore dynamics of a GOP primary.

But that just hasn’t been the case.

We need to get ready to flip this seat. Clip here to donate and get involved with Rev. Raphael Warnock’s (D. GA) campaign. 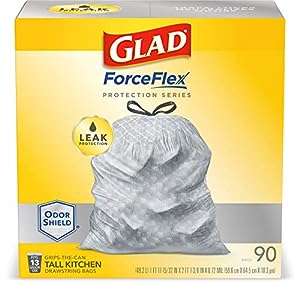