Kudos to Josh Israel at The American Prospect for catching this:

Sen. David Perdue (R-GA) defended a provision in the Coronavirus Aid, Relief, and Economic Security Act that allowed banks to take billions in fees from the fund to save small businesses and protect their employee’s jobs.

Asked about the $10 billion in bank fees in an radio interview this week, he called the system “reasonable.”

“We looked at the fees when we developed the program, with the Secretary of Treasury and the Secretary of Commerce and the president, and others,” Perdue told a local public radio station on Wednesday. “As a business guy, it’s the cost of doing business.”

Perdue called the system “a reasonable structure,” while acknowledging that the banks’ “solvency” and “liquidity” are fully protected by the government.

Perdue was responding to a National Public Radio report that banks had taken about $10 billion in fees from the $349 billion Paycheck Protection Program. That provision of the CARES Act ostensibly provided forgivable loans to small businesses if they agreed to keep their employees on their payroll during the COVID-19 pandemic. The loans are managed by banks, who may charge up to 5% in fees, per Congress.

The bill was written by Senate Majority Leader Mitch McConnell and his Republican caucus, but passed with bipartisan support last month.

The initial Paycheck Protection Program quickly ran out, leaving tens of thousands of small businesses without any aid.

Georgia has also become the subject of a political and public health debate following Gov. Brian Kemp’s executive order to allow selected businesses to reopen — a move that President Trump and public health experts disagree with.

Georgia has not met the White House guidelines of having a two-week descending trend in cases before opening businesses. On Friday, businesses including gyms, bowling alleys, and hair salons are able to open, and on Monday, theaters and sit-down restaurants are permitted to as well. Though, the state’s stay at home order remains in place until April 30.

All three Democratic Senate candidates have opposed Kemp’s decision: Amico called it “reckless endangerment,” Tomlinson referred to it as “premature,” and Ossoff singled out Perdue, asking him to “reject Kemp’s incompetent policy.”

Perdue addressed Kemp’s decision in an interview on Friday. “I applaud the fact that he’s stepped up to a reality that we are going to have to phase in reopening the economy,” the senator said, “and what he’s done so far, from what I can see, is a measured approach to doing that.” In the interview, Perdue also said he agreed with Trump’s guidelines.

Despite the limitations posed by the coronavirus pandemic, Ossoff views campaigning during this time as a two-part obligation.

“What I’m doing is simultaneously getting the word out there about what people need to do to stay safe and slow the spread and also resolutely pointing out how, where and why our leaders have failed to wrap their heads around this crisis swiftly enough,” Ossoff said.

The campaign’s first TV ad aired Tuesday, praising health care workers including Ossoff’s wife, Dr. Alisha Kramer, who is an Emory Healthcare OBGYN resident. In the ad, Ossoff takes aim at insurance and pharmaceutical companies saying they have “bought off Congress” and pledges to better the healthcare system.

More than half of Ossoff’s $3.4 million remains in cash on hand heading into the primary. His competitors are not as well-funded: while Tomlinson has raised $2 million in total and Amico has raised $1.4 million, both candidates had less than $500,000 on hand according to the most recent figures from March 31.

Let’s finally flip Georgia blue this year. Click below to donate and get involved with the Georgia Democratic candidate of your choice: 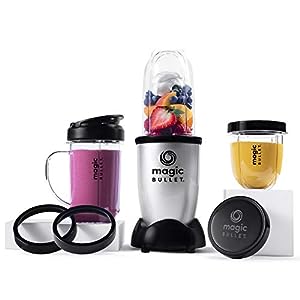