A new poll from a GOP firm finds Georgia a true toss-up, both for President and for BOTH Senate races:

David Perdue – 43%
Jon Ossoff (not yet the nominee) – 41%https://t.co/uuJLnYoU3H pic.twitter.com/qFgpvzxNVf

An internal poll conducted by a group backing Gov. Brian Kemp showed a deadlocked presidential race in Georgia and tight contests for both U.S. Senate seats, underscoring the challenges Republicans face keeping the state in the GOP column.

The poll pegged Joe Biden at 47% of support and President Donald Trump with 46%, within the margin of error of 4 percentage points. A small number of voters – just 5% – said they were undecided and 2% declined to answer.

U.S. Sen. David Perdue led Democratic frontrunner Jon Ossoff by a 43-41 margin, also within the margin of error, in his re-election bid. Libertarian Shane Hazel logged 7% of the vote and 8% were undecided. Ossoff’s top rivals weren’t tested in the GOP poll.

And the pollster pronounced the November special election for appointed Republican U.S. Sen. Kelly Loeffler’s seat “wide open.” Republican U.S. Rep. Doug Collins (19%), Loeffler (18%) and Democrat Matt Lieberman (17%) were in a jumble at the top of the 21-candidate race, while Raphael Warnock, backed by national Democrats, was at 9%. About one-quarter of voters were undecided.

The survey, obtained by The Atlanta Journal-Constitution, was conducted by Public Opinion Strategies between May 4-7 and involved 500 likely voters. It was commissioned by a political action committee supporting Kemp, who appointed Loeffler to the seat, so keep that factor in mind as you weigh its findings.

Here are the full results.

Also, this is back in the news:

U.S. Sen. David Perdue was allowed to hold onto shares of a Georgia startup even after resigning from its board, a deal that earned him millions of dollars when the company went public several years later.

The agreement Perdue had with the data marketing firm Cardlytics was first disclosed in an article by The Intercept, which reviewed Securities and Exchange Commission documents from shortly before he took office. The report says Perdue made more than $6 million as a result.

There is no wrongdoing or rule-breaking alleged in arrangements like this. The wealthy senator’s compensation from Cardlytics is just the latest detail in his vast portfolio of assets and investments to face scrutiny as he runs for re-election this year.

There is some debate, however, over whether the treatment of Perdue was unusual.

Perdue joined the Cardlytics board in November 2010, lending the new company his experience and knowledge from years as a Fortune 500 executive. His sole compensation was in shares of the firm that would become valuable only if it was taken from privately owned to public.

When Perdue won his Senate seat in November 2014, rules required him to resign from the board. Cardlytics submitted documents to the SEC that showed that Perdue was allowed to fully vest in 300,000 shares of the company although a small fraction, about 2%, had not matured at the time of his departure.

The Intercept also found that the agreement gave Perdue several years, until 2020 for some shares and 2022 for others, to cash in on the stock options. This was a crucial change because Cardlytics didn’t go public until 2018.

And Democratic Super PACs are wasting no time hitting Perdue on this:

AUDIO: Even @JeffSessions knows the insider trading allegations against @KLoeffler & @SenDavidPerdue are serious & that they need to be prosecuted.

You know you’re in deep sh!t when your corruption is even a step too far for Jeff Sessions…. #GASen #FlipTheSenate pic.twitter.com/54MiRHM7DS

Let’s win big in Georgia this year. Click below to donate and get involved with Biden and the Georgia Democrat of your choice in the U.S. Senate race: 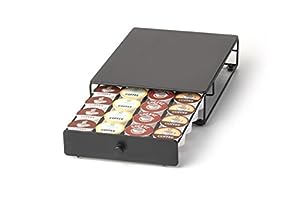