Something incredible is happening in Georgia.

This year, BOTH of the state’s Republican-held U.S. Senate seats are up for election—and it’s looking like Democrats have a real shot of flipping them. Today, I want to talk to you about the two candidates who will get the job done—Rev. Raphael Warnock and Jon Ossoff.

I’m also going to ask you to contribute to their campaigns. Because if Democrats invest in Georgia now, we will take back the Senate and finally end Mitch McConnell’s tenure as majority leader.

Rev. Raphael Warnock is running in the special election for Georgia’s Senate seat currently held by GOP Senator Kelly Loeffler, who was appointed to fill the seat by Governor Brian Kemp earlier this year. As the senior pastor at Martin Luther King’s historic Ebenezer Baptist Church in Atlanta, Rev. Warnock could not be more different from Loeffler, who has been dogged by corruption charges and has pledged to loan her campaign up to $20 million to hold onto her seat.

Jon Ossoff just won an ultra-competitive, seven-way primary for the Democratic nomination to challenge GOP Senator David Perdue for Georgia's other Senate seat. He’s ahead or within the margin of error in the latest polls—and that’s without taking a dime of corporate PAC money. If elected, Jon would be the youngest U.S. Senator in the 117th Congress. His race gives us a chance to fire up and turn out young voters, and usher in a new generation of leadership in the Senate.

The experts agree we can win these races. Nate Silver’s FiveThirtyEight says this is the year Democrats can turn Georgia blue. Even Fox News is reporting that the GOP is panicking about losing “increasingly competitive” Georgia.

And the best part? Your donation to Raphael and Jon’s campaigns is super-charged, because you’re helping turn out voters in ONE state to flip TWO Senate seats. Please, click here to elect Raphael and Jon and take back the Senate.

When we turn Georgia blue this year, it’ll be thanks, in large part, to the work of my friend Stacey Abrams. After falling just 55,000 votes shy of winning the Georgia governor’s race in 2018, Stacey has fought tirelessly to combat voter suppression in the state and register new voters. And it’s been hugely effective: More than 700,000 new voters have registered in Georgia in the past two years. 49 percent of them are people of color, 45 percent are under 30.

Stacey’s work has helped to build a coalition of voters that will turn out in record numbers this November. Now, it’s on us to ensure Raphael and Jon have the resources they need to fight the massive amounts of GOP spending and WIN their races. Are you in? Rush a donation of $25, $50, whatever you can afford, to help Raphael and Jon take back the Senate.

Let’s make history together in Georgia.

P.S. I resisted saying I’ve got “Georgia on my mind” until now. But corny line aside, Georgia MUST be top of mind for Democrats this year. When you invest in these Senate races, you’re investing in voter contact and turnout efforts that will pay dividends up and down the ballot. If we turn Georgia blue, we’ll flip the Senate, expand our House majority AND elect Joe Biden. It’s that simple. Please, give what you can: https://secure.actblue.com/donate/ots_GeorgiaSenate

Click here to donate to Warnock and Ossoff’s campaigns. 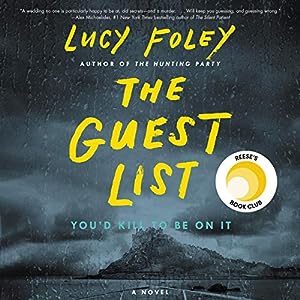