If Joe Biden and Kamala Harris are going to deliver the change we need to get this pandemic under control, restart our economy, protect our health care, and give every American an equal chance, then they’re also going to need a Senate that actually cares about those things.

Joe and Kamala need a Democratic majority in the Senate — and we can win back Senate control if we elect Jon Ossoff in his January runoff election in Georgia.

Will you join me in supporting my friend, Jon Ossoff, so we can gain a Senate majority and get back to work building a brighter future?

Jon Ossoff has dedicated his career to fighting injustice.

He learned about public service from my dear friend and lifelong hero, John Lewis. He knows we need a new Voting Rights Act that makes sure every Georgian is treated equally under the law.

He runs a company that investigates crime and corruption around the world, which sounds like something we could have used in Washington these past four years.

We’ll have that now with Joe and Kamala. And Georgia could have that too with Jon Ossoff.

So today I’m asking you to make a donation to elect Jon Ossoff in Georgia to give Joe and Kamala a Democratic Senate majority and deliver the change that we need.

Thanks for standing with us,

The next e-mail is in support of Rev. Raphael Warnock’s (D. GA) U.S. Senate campaign:

Reverend Raphael Warnock has made it to the runoff in Georgia – and I want to talk to you about the stakes in this election as plainly as I can:

Right now, the fate of the Senate, the courts and our progressive agenda are all on the line – and winning this key race is likely our last chance to retake the Senate majority for Democrats.

That's why Reverend Warnock needs our help. I'm asking because this moment is so incredibly important: Will you join me in supporting Reverend Warnock and making sure he has the resources he needs to flip this seat and take back the Senate for Democrats?

Reverend Warnock is someone I've known for years. He's a man of great moral integrity – a leader in the truest sense of the word. He preaches at Ebenezer Baptist Church from the very same pulpit as Dr. King. As senior pastor, he's pushed for justice, fought to expand health care, protect voting rights and defend the dignity of work. His life has prepared him to live in service to others. And he doesn't just talk the talk. He walks the walk.

That's why I supported him before the runoff and why I'm doing everything I can to get him elected now. Reverend Warnock doesn't fan the flames of racial division, he brings people together. He doesn't try to rip away folks' health care, he fights to preserve it. And he doesn't take millions of dollars from corporate PACs – he relies on this people-powered movement, full of grassroots donors like you.

Here's the thing: We can bring hope and change back to the people of Georgia. We can get this virus under control, get decent wages for working people and ensure quality, affordable health care for everyone. We can make history by electing the first-ever Black senator in Georgia. But only if folks like you join me in supporting Reverend Warnock before it's too late.

Believe me: You don't find a lot of people in Washington like Reverend Warnock – and that's exactly why we've got to get him there. But with Republicans gearing up to flood Georgia with millions of dollars to win this seat, Reverend Warnock is depending on your support.

That's why I'm personally asking: Will you please join me in supporting Reverend Raphael Warnock so we can flip this seat, take back the Senate and restore moral leadership to government?

Click below to donate and get involved with these grassroots organizations GOTV efforts: 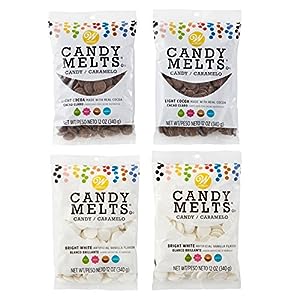