This has been a busy post-election week for me at work and I have a lot more diaries I want to write about this past election and the upcoming Governor elections inn 2021 and of course, the 2022 midterms. Right now, I am laser focused on helping Jon Ossoff (D. GA) and Rev. Raphael Warnock (D. GA) win their runoffs and win us a Senate Majority. For now, I wanted to pass along economist Paul Krugman’s latest op-ed piece in the New York Times that’s worth a read. He cites that while big business and corporate America may love the idea of a divided government where Mitch McConnell (R. KY) remains U.S. Senate Majority Leader, he can block President-Elect Joe Biden’s agenda. But Krugman throws a bucket of cold water on corporate America’s ideal situation by explaining a Republican Senate Majority is very bad for economy in hopes of recovering from a pandemic:

The good news is that the misery will abate when we finally have widespread distribution of a vaccine. In fact, we’ll probably see a sharp jobs recovery late next year.

But that won’t be the end of the story. Before the coronavirus struck, America had low unemployment — but our short-term (and very unequally distributed) prosperity masked the extent to which we were neglecting our future. We desperately need to spend trillions on repairing our crumbling infrastructure, caring for our children and meeting the urgent need for action against climate change.

How much of that essential spending will a Republican Senate agree to? The best guess is zero. After all, McConnell blocked infrastructure spending even when Trump was in the White House and public investment could have helped keep him in office.

Now, what’s bad for America isn’t necessarily bad for corporations. But given where we are, divided government would mean paralysis in a time of crisis, which could very well be catastrophic for everyone. The truth is that even in its own interests, the big money should be rooting for Democrats in those Georgia runoffs.

Krugman’s message is absolutely correct. The economy and the pandemic go hand in hand and keeping Moscow Mitch’s foot soldiers like David Perdue (R. GA) and Kelly Loeffler (R. GA) would be a huge disaster in order for us to recover. Right now, the Republicans are spending big to save Perdue and Loeffler and Democrats do face some challenges:

Warnock and Ossoff themselves are raising significant amounts of cash with aid from prominent Democrats such as Stacey Abrams, the former state house minority leader and 2018 gubernatorial candidate. But they’re also facing significant headwinds when it comes to bringing in the resources to compete with Perdue and Loeffler.

The situation got direr this week when Facebook announced that it would extend its post-election ban on political advertising. That move, Democrats say, deals a brutal blow to fundraising and organizing efforts ahead of the Georgia runoffs.

“When you take away our ads, campaigns can no longer fundraise, they can no longer recruit volunteers at scale, they’ve totally cut off our campaigns’ ability to do their work,” said Tara McGowan, a leading Democratic digital strategist. “That affects Republicans as well, it’s just that Republicans benefit from media’s reach and influence on the platform to drive their message,” McGowan said. “Our hands are tied because we do not have audiences and infrastructure on platforms like Facebook.”

The structural disadvantages to Democratic fundraising in Georgia are immense. As The Daily Beast reported Thursday, Democratic donors, who funneled hundreds of millions of dollars into losing 2020 Senate contests, are largely tapped out. And the party’s poor showing, compared to late-cycle polling that showed a huge opportunity to win a sizable majority in the chamber, has dispirited many of its financial backers.

The pain is being most acutely felt among Democrats’ largest donors—the people who would be putting up money for an independent spending blitz to counter what Republicans are already mustering in Georgia.

However, there are more local PACs being revived and formed exclusively for these runoff races to help Ossoff and Warnock win:

Mayor Bottoms is likely associated with Battleground Georgia, a super PAC that lists one Bottoms appointee as its treasurer and another as its designated agent.

Save Our Senate PAC is a new super PAC founded by Nabilah Islam, a Lawrenceville, Ga.,-based progressive activist who ran unsuccessfully in a Democratic primary for the U.S. House earlier this year and has been described as Atlanta’s Alexandria Ocasio-Cortez. She’s also president of a PAC that supports Muslim Americans in Georgia. Islam was not immediately available to comment.

Finally, there’s Blue Georgia. The PAC, which is not a super PAC, was founded by Michael Loyd, a Marine veteran who runs the coffee vendor Real Dope Coffee and raps under the name Creative Mike. He said in an interview that he activated the PAC to play in the runoff.

“I am currently raising exclusively for the Senate runoff,” he said in a text message. “I am a veteran running a ‘More Together’ campaign that seeks to align the urban and rural vote under a blue banner.”

Plus, the DSCC has been putting the pressure on donors to get in this fight:

In recent days, Democratic leaders, including those within the Democratic Senatorial Campaign Committee, have reached out to some of the top donors and bundlers in the party to help with the two races.

The Georgia campaign is expected to cost over $100 million. For Republicans, the Senate Leadership Fund, a super PAC run by allies of Senate Majority Leader Mitch McConnell, R-Ky., will be leading the way in outside spending.

“The DSCC will play a pivotal role in Democrats’ [get out the vote] programs in Georgia and we need your help to maximize our efforts,” the committee told donors and financiers in a recent email that also points contributors to the Ossoff-Warnock Victory Fund.

The fund is a joint fundraising committee between Ossoff, Warnock and the DSCC, where donors can write big checks.

And both Democrats and Republicans want big names to help boost their base:

Though Biden is leading in Georgia by 14,149 votes, Democrats would rather he stay in his proverbial basement by tending to his transition and portraying himself as an above-the-fray government-fixer. Instead, they say, send any Obama to help motivate the base in the two Jan. 5 Senate runoffs.

The Democrats’ posture is a far cry from Georgia Republicans’ view of help from Washington. They’re desperate for assistance from President Donald Trump and his rallies, which even Democrats acknowledge are turnout-drivers, unlike Biden’s events.

Even Biden downplayed whether he would show.

“We’re going to do whatever we can,” Biden told reporters Tuesday. He has dispatched his campaign manager, Jen O’Malley Dillon, to keep an eye on the Georgia recount.

But the Democrats also acknowledge that while cutting back on in-person canvassing, which did save lives, may have hurt them down ballot, they are realizing that they have to do this in a safe way:

In the clearest sign the party is regretting its decision, Democrats in Georgia are leaving the door open to a door-knocking campaign in that state ahead of two runoff elections that could determine control of the U.S. Senate. One strategist in the state told HuffPost “safe door-knocking closer to Jan. 5 may be necessary to win.”
The effect of canvassing “may not be determinative, but in a close election, it can help you with a point or 2 points,” said Mark Nevins, a Philadelphia-based Democratic campaign strategist who advised the party’s unsuccessful auditor general candidate, Nina Ahmad. “There’s really no substitute for the kind of effectiveness of direct communication with a voter.”

Sen. Jon Tester of Montana said the lack of large-scale events and canvassing hurt Democratic candidates in his state, where Republicans swept statewide offices for the first time in decades and the party lost seats in the state legislature. Other Montana Democrats have said the lack of canvassing impeded the party’s ability to defend candidates from GOP attacks linking them to socialism and other unpopular left-wing ideas.

If you don’t live in Georgia, you don’t have to risk your health. In fact, Georgia Democrats are recommending you do this:

“We are overwhelmed by the outpouring of support, but please do not ― I repeat, do not book plane tickets or gas up your car and make plans to travel to Georgia,” said Seth Bringman, spokesperson for former Georgia gubernatorial candidate Stacey Abrams. “There is a pandemic, and thanks to so-called leaders like Kelly Loeffler and David Perdue ― who downplayed the virus while profiting from it ― cases are rising across the country.”

Bringman emphasized that Democrats in the state are “not looking for an influx of people at this time” and that contributing money and reaching out to voters from afar is the best way to help out.
“We are thrilled to have so much volunteer interest in helping our efforts in battleground Georgia, and look forward to continuing our strong volunteer program into this runoff,” Maggie Chambers, a spokesperson for the Georgia Democratic Party, said. “Our team encourages out-of-state folks to put public health and safety first, and take advantage of one of our many opportunities to volunteer remotely and safely from home.”

I will have more to report soon. You can sign up to make calls and get out the vote as Georgia Democrats gear up their on the ground game. Click below to donate and get involved with Ossoff and Warnock’s campaigns and these Georgia Democratic groups: 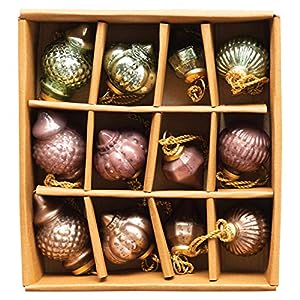