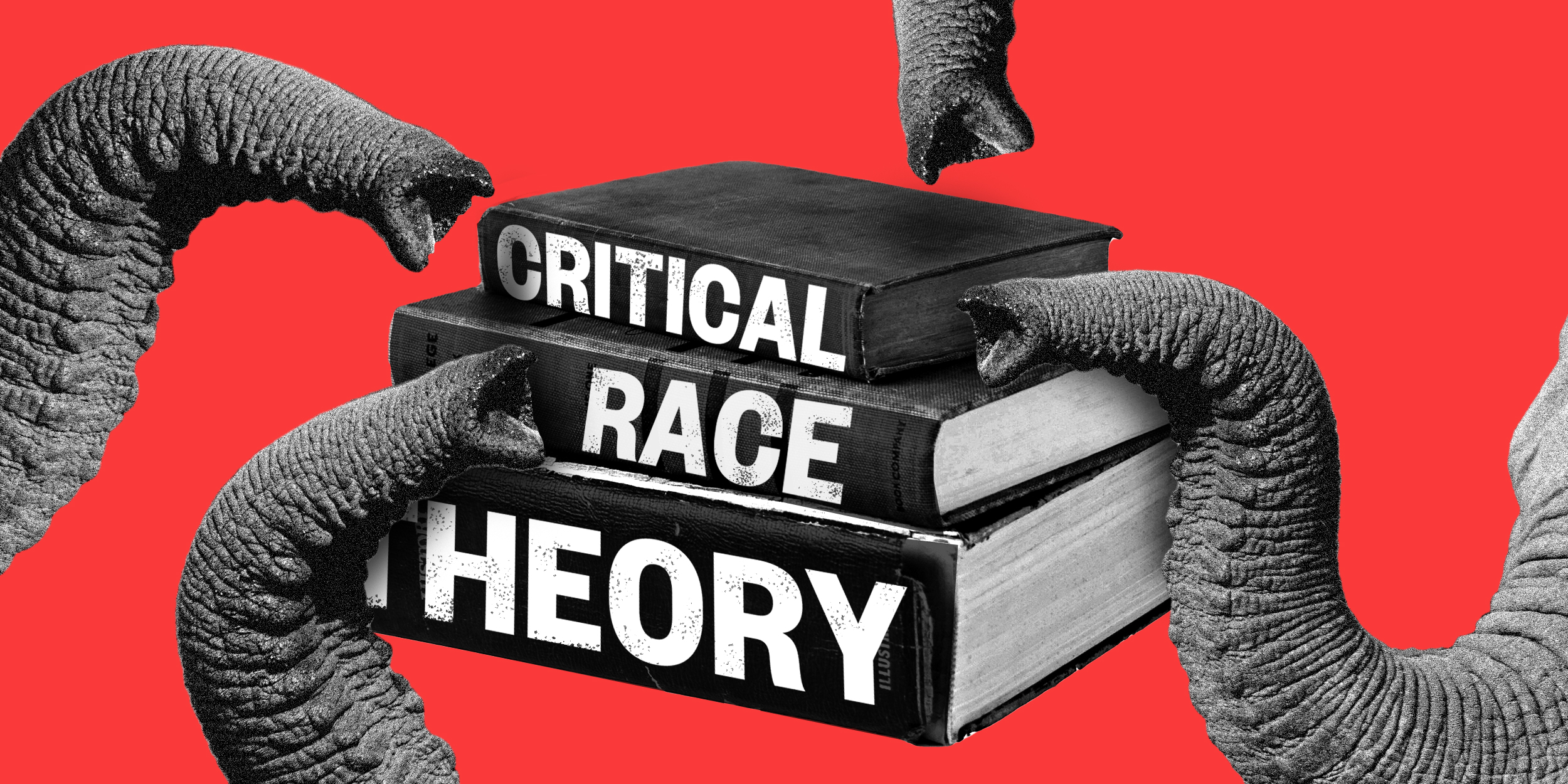 No matter how worthless a white person’s opinion is, the media will eventually seek it out. On a recent episode of CBS News Originals’ Reverb series, the network sent a reporter to find out what the fuck is up with critical race theory.

Because we white folk are apparently the snowflakiest hominids in the history of bipedalism, the media feel compelled to take our pulse from time to time (i.e., always). “Let’s go to another crappy, colon-maiming diner and ask people which stupid reason for supporting Donald Trump they’re trotting out today! ‘He’s a businessman and gets things done’ ‘He doesn’t talk down to me’?” Yeah, there’s a reason for that: It’s because he can’t.

As you reflect on the serial depredations of critical race theory—which currently upsets more conservative white people than actual racism—I implore you not to look into this vacuous woman’s eyes. You will either see through time to the heat death of the universe, or feel overwhelmed by an unslakable thirst for pumpkin spice lattes and Sam’s Club slurpin’ mayonnaise. To paraphrase the great Nigel Tufnel: “How much more white could she be? And the answer is none. None more white.”

But what is it about this phony bugbear that has so many people riled up? You have to see what CBS News found to believe it.