That's one way to try halt public debate in this country: by threatening mass violence and a bloody people's revolt in the streets. That's what conservative media voices, including those on Fox News, have done in recent days. Specifically, the reckless rhetoric has revolved around proposed new gun laws in the wake of America's latest string of mass shootings. Those are laws that would likely only be enacted if Democrats won the Senate and the White House in 2020.

These kinds of alerts about looming political violence if the opposition party wins power and passes laws in a democratic fashion represent the worst type of far-right insurrectionism. It's an ominous and long-held belief among conservatives and conservative media outlets that citizens need to be fully armed in order to one day wage war on the American government, as a kind of second American civil war. In other words, the reason the Second Amendment exists is not for self-defense, or to protect the rights of hunters and gun enthusiasts, but to enable citizens to go to war with the U.S. government, and to fend off a “tyrannical” turn at home.

“The core philosophy of the Three Percenter movement, whose adherents have engaged in violence, is that citizens would be justified in taking up arms to violently overthrow the government if the government enacted stronger gun regulations,” Media Matters recently noted.

The movement spiked with the election of President Barack Obama. In 2009, a far-right Newsmax columnist determined that a “military coup ” to resolve the 'Obama problem'” was not “unrealistic.” That was about the same time Glenn Beck used his then-new program on Fox News to game out bloody scenarios for the coming civil war against the Obama-led tyranny. Note that the armed rebellion rhetoric was uncorked just weeks after Obama's first Cabinet had been confirmed.

During the gun debate that unfolded following the Sandy Hook school massacre in Connecticut, Fox's Todd Starnes warned there would “a revolution” if the government tries to “confiscate our guns,” while Fox News Pat Caddell claimed the country was in a “pre-revolutionary condition,” and “on the verge of an explosion.”

Specifically, when a Democrat was in the White House, typically gun-happy Fox News warned that the federal government had too many guns. In 2015, when it was reported that the Environmental Protection Agency law enforcement had a sizeable budget for weapons, conservative pundits freaked out, portraying the government as needlessly armed. “Why in the world, other than those dangerous snail darters, would the EPA need military grade weapons to protect the environment?” demanded Carlson on Fox News. “You arm yourself because you perceive you have enemies who threaten you, whom you don’t trust. When the government arms itself domestically, not to fight foreign wars or ISIS, but here in the U.S., it’s sending the message it doesn’t trust its citizens,” he insisted. (Truth: EPA law enforcement, like all branches of law enforcement, has to be prepared for possible physical, and even armed, confrontations.)

Now, with the prospect of Democrats seizing power and passing new gun laws coming into possible focus, the radical calls for rebellion are back. Expect to see more of these bloody warnings in coming months if, as the 2020 election season unfolds, it becomes clear Trump won't be re-elected next year. 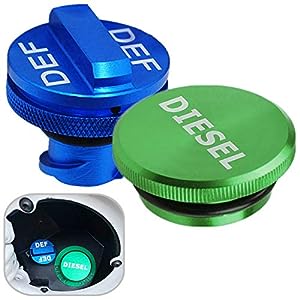