By Aldous Pennyfarthing on December 10, 2019

The Washington Post ran an op-ed from James Comey today in which the former FBI director recounted the findings from the DOJ inspector general’s report on the Russia investigation while taking a melancholy victory lap of sorts.

The IG report — which concluded that the investigation into Trump’s campaign was conducted properly, with no “treason,” “spying,” or “wiretapping” to be found, and that the FBI had sufficient justification for opening the investigation — vindicates the so-called “deep state,” though White House consigliere Bill Barr still refuses to buy it.

No matter. For those of us in the sane community, the matter is settled.

But Trump’s baleful stares and acidic spittle-rants have made a dent and hurt a lot of people — not the least of whom is James Comey’s own mother-in-law.

The painful part is that millions of good people believed what they heard. My 89-year-old mother-in-law, watching Fox News in her Iowa assisted-living facility, became convinced that I was going to jail. I repeatedly assured her that there was zero percent chance of that. “It’s all made up,” I would tell her. But I couldn’t say that publicly because the investigation wasn’t done yet. Like the others accused of treason by the president, I respected the process and cooperated with the inspector general.

I have a long memory, and I can’t forget that Comey almost certainly handed the election to Trump with his infamous 11th hour letter about Hillary’s emails. That said, I can relate to his predicament — as, I’m sure, many of you can as well.

My mother also suffers from Sean Hannity-induced Stockholm syndrome, and there’s no longer any point in trying to talk sense into her. Her cable package includes scores of channels, and she basically just watches one. I’m surprised her house isn’t stuffed to the rafters with MyPillows and Gold Bond medicated powder.

Her generation thought our minds would be destroyed by MTV, but the worst thing that ever came out of that vacuous wasteland was Sean Duffy. Meanwhile, the once agile minds of her generation are being vaporized into languid puddles of curdled yogurt covered in field ants — all thanks to Lou Dobbs.

Not all, of course. But my mother has long since been absorbed by the Borg.

So I get it, James Comey. Chances are your mother-in-law will be convinced you’re going to jail until the day she dies, because there’s essentially zero chance this IG report will stop the conspiracy theories and pro-Trump fucknuttery at Fox.

As for my mom — I’ll look forward to her cookies when I go back to Wisconsin for Christmas. We won’t talk politics much, because there’s no point.

Meanwhile, Comey’s mother-in-law and my mom will continue to be terrorized. And Hannity, et al., will take absolutely no responsibility.

Any chance we could sue?

Yo! Pennyfarthing’s Trump-trashing series is now a trilogy! Grab your copy of Dear Pr*sident A**clown: 101 More Rude Letters to Donald Trump by Aldous J. Pennyfarthing. It’s hot off the presses! And, of course, Dear F*cking Lunatic and Dear F*cking Moron are still selling like hot-magma-cakes, so get yours now. Reviewers have called these books “hysterically funny,” “cathartic,” and “laugh-out-loud” diversions from our temporary hell on Earth. 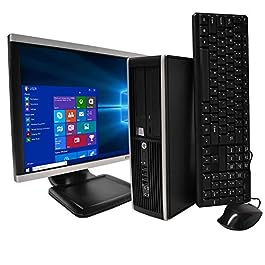