As expected, Donald Trump's pathetic assault on America's democracy is rapidly sinking further into irrelevance. His efforts to manufacture evidence of a “rigged” election have produced nothing but failure and legal humiliation. Consequently, his Ministry of Propaganda (aka Fox News) is grasping desperately for new forms of journalistic chicanery with which to malign Democrats.

In pursuit of that goal Fox News is employing a tactic that Trump uses frequently: Accuse your enemies of crimes for which you are guilty. This is evident in a story on Fox News that brazenly distorts a rather innocuous item about Democratic representative Eric Swalwell published by Axios. The article tells the tale of an alleged Chinese spy who wrangled her way into the California political scene.

Fox News attempted to turn this old news into a new scandal via deceitful spinning and insinuation. They begin with a blatant lie by White House Press Secretary Kayleigh McEnany, who claimed that Democrats were “under control of a foreign power.” But the Axios article even never suggested that. What the Axios article made clear was that the “spy” accomplished nothing and that there was no evidence whatsoever of wrongdoing by Swalwell. Fox even included those conclusions deep in their story saying that “officials do not believe she received or passed on classified information.”

So all that's left of this story is that Swalwell was targeted – unsuccessfully – by an alleged Chinese spy. He reported it to the FBI and cut off all connections to her. Which is exactly what is supposed to be done.

Trump, on the hand, when his unsavory connections to Russia were revealed, attacked the FBI and the rest of the U.S. intelligence community and whined about being a victim of a hoax by Americans plotting against him in a “Deep State” conspiracy. He refused to cooperate with law enforcement, the intelligence community, or Congress. But he continued his relationships with the people who were fraternizing with Russia.

Yet somehow this became the number one story on Fox News (followed shortly by more bullpucky about Hunter Biden). Fox produced a flurry of headlines with ludicrous insinuations, such as…

Tucker Carlson joined in on the lie-fest with a segment that referred to Swalwell as “a reliable source of Chinese propaganda.” That's a flagrant falsehood that Carlson backs up with nothing but flimsy misquotes and innuendo. Although Carlson does attempt some rhetorical jiu Jitsu saying that “It’s always those who have the most to hide who attack other people for the very things they’ve done.” That, of course, is the Trump method.

So we've come full circle. Fox News accuses Swalwell of accusing Trump of accusing everyone else for his atrocities and failures. These are the growing pains of a network that needs to reinvent itself for the post-Trump era. They have to transform from a slobbering pro-Trump mouthpiece, to a vicious anti-Democratic slander machine. And the result will be more stories that try to construct controversies where none exist. That's been the Fox News mission from its inception. And it will continue into the foreseeable future, spreading lies and disinformation, and lowering the collective IQ of their dimwitted viewers. 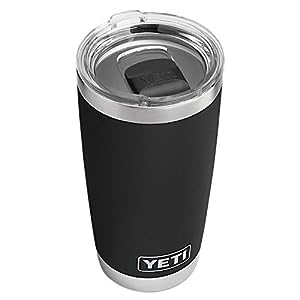