By Aldous Pennyfarthing on September 16, 2020

I attempted to watch clips of Donald Trump’s ABC Town Hall from last night. It was like watching a concussed orangutan drown in a bucket of Yoo-hoo.

Not sure why Trump agreed to do this, as it was well outside his comfort zone — that being the twin bouncy castles of Fox News and OANN, where Nerf balls are gently lobbed at his tiny hands, inspiring him to continually spike said balls over and over again in smug celebration.

For once, Trump was confronted by actual people who live outside his phantasmagoria of unicorns and fey woodland creatures who sing thrice-daily hosannas congratulating him on his awesome response to the coronavirus and his perduring devotion to the military.

And Fox News did not like it one little bit. Oh, no. As their chyron made clear, Donald Trump was “ambushed.” And host Laura Ingraham said the town hall (which Trump agreed to, by the way) might as well have been put on by the DNC.

Here are some of the questions he got:

“Why did you throw vulnerable people like me under the bus?”

“Why don’t you support a mandate for national mask-wearing, and why don’t you wear a mask more often?”

“Why would you downplay a pandemic that is known to disproportionately harm low-income families and minority communities?”

“Should preexisting conditions, which Obamacare brought to fruition be removed?”

Oh noes! How unfair. People asked questions based on Trump’s own words and actions in the real universe we all occupy and not on the Trump campaign’s own talking points. What an outrage!

Yes, Trump did throw people with comorbidities under the bus when he prematurely — and histrionically — called for reopening the economy.

No, he doesn’t support a mask mandate. Though, when pressed, Trump absurdly noted that Joe Biden — who, in case you were confused, is not yet president — hasn’t implemented a mask mandate. (When challenged on his claim that “a lot of people” think masks “are not good,” he said, “I’ll tell you who those people are — waiters.” Oh, you thought he was going to cite a report from the International Journal of Epidemiology? Ha ha ha! You naif.)

The President attempts to blame Joe Biden for not implementing a national mask mandate pic.twitter.com/nq9J6cVFoR

Yes, he did downplay the pandemic. He’s been caught on tape admitting it.

And while he won’t admit to wanting to remove protections for preexisting conditions, that’s exactly what he’s tried to do since becoming president — and he’s still doing it. (Sure, he says he’s going to put forward a fantastic health care plan, but he’s been saying that for some time, and for some bizarre reason it never happens. I suspect his “plan” will be a sheet of paper ripped out of a spiral notebook that says, “Everyone gets the best health care.”)

By the way, Trump is mostly getting savaged for this town hall, both by fact-checkers and political strategists, so I can see why Fox is eager to play the victim on his behalf.

James Carville, for instance, said he wanted to get Michael Bloomberg to put up $500 million and rebroadcast this on national television so everybody could see it.

Carville in Town Hall: Everybody is trying to wonder why did he do this. He’s desperate because he knows he’s going to lose and if he loses quite frankly in my opinion, he’s going to jail pic.twitter.com/b34vVyZB1y

Trump is flailing, and it’s beautiful to watch.

But we need to keep working.

Yo! Where else can you get hundreds of huge larfs at Trump’s expense for under $3 bucks? Nowhere but here. Find out what Bette Midler (“This guy is a natural. Sometimes I laugh so hard I cry” ​​​​​) ​​and thousands of others already know — AJ Pennyfarthing’s acclaimed Trump books are “hysterically funny” and “cathartic.” Preorder the finale in the series, Goodbye, Asshat, and scoop up your copies of Dear Fcking Lunatic, Dear Fcking Moron, and Dear Pr*sident A**clown today! 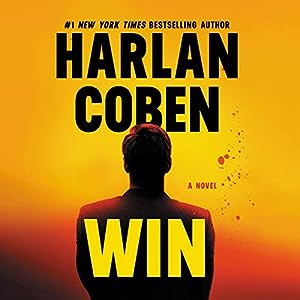