For the next few days, I’m going to apply the Barron Trump standard to anything conservatives say about Greta Thunberg, the young climate change activist who was just named Time magazine’s Person of the Year.

Katie Pavlich says Greta Thunberg wouldn't be as famous if she was a climate change denier, its just a galactic take from Pavlich pic.twitter.com/8bxQnY3gy5

Katie Pavlich, co-host The Five: “The hard truth is that the liberal media only cares about her because she serves their climate change agenda. If this was a young person who had questions about climate change or is doing other things in reversal of what the left wants everyone to believe, she wouldn’t be as famous as she is.”

HOW DARE YOU MENTION A CHILD ON NATIONAL TELEVISION! FOR SHAME!

Okay, now that that’s out of my system, uh … what the fuck?

This is like saying Jonas Salk is only famous because he cured polio instead of repeatedly insisting there was no such thing while sitting in his own poop and eating hand sanitizer.

They don’t hand out accolades to climate change deniers for the same reason creation scientists don’t get MacArthur Genius Fellowships. And what kind of awful kid would spend her youth working day and night to melt the polar ice caps? Maybe one set to inherit inland property she wants to turn into a beach?

So are we supposed to put anti-vaxxers on the cover of Time too?

Wow. Conservatives are really losing their shit over this. And here I thought all their shit had been permanently misplaced during the impeachment hearings. 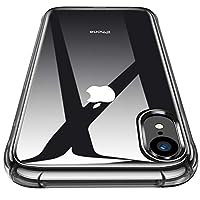