Vanity Fair's latest reporting is not surprising but very discomforting, considering this guy has the football.

With his closest allies defecting, the president increasingly trusts only his instincts. He “got joy” from stripping former C.I.A. director John Brennan’s security clearance. And after betrayals by Allen Weisselberg and David Pecker, a former White House official says, Trump “spent the weekend calling people and screaming.
After Michael Cohen’s plea deal last week, Donald Trump spiraled out of control, firing wildly in all directions. He railed against “flippers” in a rambling Fox & Friends interview, and lashed out on Twitter at Attorney General Jeff Sessions, the Justice Department, and Robert Mueller. In the wake of his outbursts, White House officials have discussed whether Trump would listen to his closest New York City friends in an effort to rein him in. Two sources briefed on the matter told me that senior officials talked about inviting Rudy Giuliani and a group of Trump’s New York real-estate friends including Tom Barrack, Richard LeFrak, and Howard Lorber to the White House to stage an “intervention” last week. “It was supposed to be a war council,” one source explained. But Trump refused to take the meeting, sources said. “You know Trump—he hates being lectured to,” the source added. (Spokespeople for LeFrak and Lorber say they have no knowledge of a meeting. A spokesperson for Barrack didn’t comment.)
More than ever, Trump is acting by feeling and instinct. “Trump is nuts,” said one former West Wing official. “This time really feels different.” Deputy Chief of Staff Bill Shine has privately expressed concern, a source said, telling a friend that Trump’s emotional state is “very tender.” Even Jared Kushner and Ivanka Trump are unsettled that Trump is so gleefully acting on his most self-destructive impulses as his legal peril grows. According to a source, Jared and Ivanka told Trump that stripping security clearances from former intelligence officials would backfire, but Trump ignored them. Kushner later told a friend Trump “got joy” out of taking away John Brennan’s clearance. His reaction to the death of John McCain—quashing a White House statement in praise of the senator, and restoring White House flags to full staff—falls into the same self-indulgent category.”

Combined with reports that General Mattis is increasingly sidelined this article worries me quite a bit.
Especially the last two sentences.

“He would rather fight the battle. He doesn’t want to do anything that would cede executive authority.” 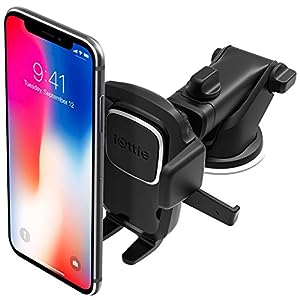