Former Republican David Jolly explained why he left the party and the problems and affects the sycophants of the party have on the citizens.

David Jolly is an MSNBC go-to Republican that has been criticizing the party for some time. After discussing the president and his sycophants’ dereliction of duty in fighting COVID-19 with Joy-Ann Reid, Jolly did not mince his words.

“I worry that governors of states like Florida and Texas are going to jeopardize the public health and the citizens who live within the states,” said David Jolly. “Look, one of the reasons that people like myself left the Republican Party is because the party chose to elevate people who operate politically with a functional level of ignorance. They ignore science and they jeopardize the health of people simply for their own political benefit. Donald Trump cannot win this election if it comes down to how the pandemic was handled.”

He then went on to say Trump had to create an alternate reality. He said Trump is a populist and that does not work too well during a pandemic.

While many former Republicans who can no longer take the stench are working to make Trump a one-term president, none of them seem to accept their responsibility their part in the creation of Trump. Not even Steve Schmidt, one of the most eloquent Trump basher has.

Stuart Stevens was Republican Mitt Romney’s chief strategist during his 2012 presidential run and a militant never-Trumper. He’s got a book coming out about the collapse of the Republican Party and any pretenses that it had core ideals.

But unlike most Republicans now using books to try and distance themselves from Trumpism (see Michael Cohen and John Bolton), Stevens owns his role in crafting that party. “[B]lame me. Blame me when you look around and see a dysfunctional political system and a Republican Party that has gone insane […] Burn it to the ground and start over.”
Markos Moulitsas @ DailyKOS

My new book “It’s Worth It: How to Talk To Your Right-Wing Relatives, Friends, and Neighbors” is live. I am excited because I think especially in these times it provides some important guidance in a country where we seem to be rudderless, at each other throats, and lacking a sense of worth. In these distressing times, it is worth engaging. 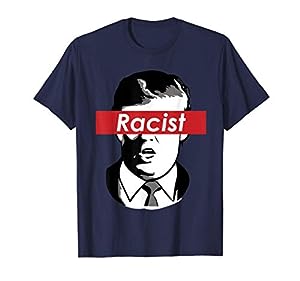