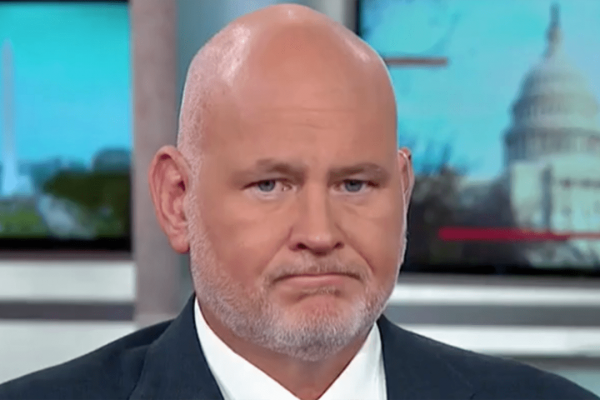 Former GOP strategist Steve Schmidt appeared on MSNBC and posited what we all know, Donald Trump is ignorant. He details America’s Iran fumble over the years and the Trump catastrophe.

“Now tonight this could very quickly spiral out of control into a regional war.” the GOP strategist Steve Schmidt said. “We don’t know what will happen tomorrow. We know that this president is ignorant. We know that he’s rash. We know that there’s no plan. We know that he makes policy by Twitter and by watching Fox and Friends in the morning. And so, we stand here tonight in almost the 20th year of war in the Middle East. Trillions of dollars of American treasure already evaporated. Thousands and thousands of lives lost. Tens of thousands of Americans already wounded in these wars at the edge of a new disastrous chapter. And so tonight we pray for restraint but when we looked at Trump, when we look at his volatility, when we look at the decision-making when we look at the evisceration of the diplomatic corps the attacks on the intelligencies, on the professionals who understand these issues, nobody should underestimate, the dangers of this hour.

(51626)
$17.62 (as of May 21, 2022 04:26 GMT -04:00 - More infoProduct prices and availability are accurate as of the date/time indicated and are subject to change. Any price and availability information displayed on [relevant Amazon Site(s), as applicable] at the time of purchase will apply to the purchase of this product.)