Will Trump throw Mulvaney under the bus, as the rest of the ‘3 Amigos” — Gordon Sondland and Rick Perry come before the House committees, after Kurt Volker has already testified.

Mick Mulvaney arranged meetings between Rudy and Don when Giuliani was bragging publicly about enlisting Ukranians to probe the Bidens. Mulvaney met frequently with Gordon Sondland, and hid details of the meetings from John Bolton.

Mulvaney emerges as a key facilitator of the campaign to pressure Ukraine https://t.co/wqL2bFrEr3

In late May, acting White House chief of staff Mick Mulvaney organized a meeting that stripped control of the country’s relationship with Ukraine from those who had the most expertise at the National Security Council and the State Department.

Instead, Mulvaney put an unlikely trio in charge of managing the U.S.-Ukraine account amid worrisome signs of a new priority, congressional officials said Tuesday: pressuring the fledgling government in Kiev to deliver material that would be politically valuable to President Trump.
The work of those “three amigos,” as they came to call themselves — diplomats Gordon Sondland and Kurt Volker, plus Energy Secretary Rick Perry — has come to light in recent days through newly disclosed text messages and the testimony of government witnesses appearing before an impeachment inquiry in Congress.

New player in the soup big time: "Mulvaney — at the direction of the president — placed a hold on nearly $400 million in aid to Ukraine in the weeks before Trump used a July 25 phone call to pressure Ukrainian President Volodymyr Zelensky to pursue Giuliani’s agenda."

Michael McKinley has left the Capitol after nearly five hours testifying behind closed doors. Here’s what he told House impeachment investigators about why he abruptly resigned last week.https://t.co/ZpSLodz4iU 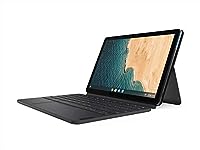