Stand With PDA And Rep. Omar

In 2004, we launched Progressive Democrats of America (PDA) to organize for critically important issues including ending wars and occupations. In 2018, PDA endorsed Ilhan Omar (MN-5), a young progressive Congressional candidate. She won her race, and has been shaking up Congress with her unapologetic and powerful progressive voice, especially her strong advocacy for peace and human rights.

PDA is deeply troubled by the death threats against Rep. Omar. We value her advocacy, and support her against all efforts to silence her. Please join PDA as we stand with Rep. Ilhan Omar against intimidation tactics and worse.

Give to Support PDA and Rep. Ilhan Omar

Rep. Omar has been an outspoken advocate for the rights of the Palestinian people; as such she is critical of Israeli State policies. Much has been said regarding Tweets by Rep. Omar, many that she made even before she arrived in Washington. We note that the attacks against her, including accusations that she is anti-semitic, began long before the recent controversies.

Let us be clear: We at PDA oppose anti-semitism in all of its forms. 100%. No exceptions. If any congressperson were to engage in anti-semitic activities, or express anti-semitic sentiments, we would lead the chorus of condemnation.

In the case of the controversial tweets, Rep. Omar’s language was interpreted as offensive—in a way that she claimed she did not intend—and her apology acknowledged the importance of avoiding any language that could lead to any painful misinterpretation.

Let us be equally clear: We support Rep. Omar’s right to be critical of Israeli state policy whenever merited. It is no secret that millions-upon-millions of people across the world—as well as many in the United States—understand that the Palestinian people are suffering from injustice.

We feel the time is long overdue for an honest discussion of realities in Israel/Palestine amongst the American polity, given heavy U.S. involvement in the region. We applaud Representative Omar for sparking this dialogue, in the spirit of facilitating a constructive discussion of U.S. policy towards Israel/Palestine. PDA has opposed wars and occupations since our founding, and we support strong advocacy for peace and human rights for all.

We appreciate all you do to help PDA support strong progressives, and to make progress on peace and other issues. Whether you’ve given before or if you’ve never donated to help PDA before, now is the perfect time to give. We need your generous support now more than ever. Click here to support PDA.

P.S. We’re here to help you make progress! For help organizing a new PDA chapter or energizing your existing chapter, please contact PDA Field Coordinator Dan O’Neal. Join the PDA Phone Team making easy, effective calls from your own home with Mike “Phone Guy” Fox. Also please pitch in $1000, $100, or whatever you can afford to help PDA recruit and elect progressives in 2020 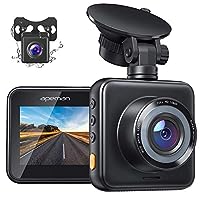