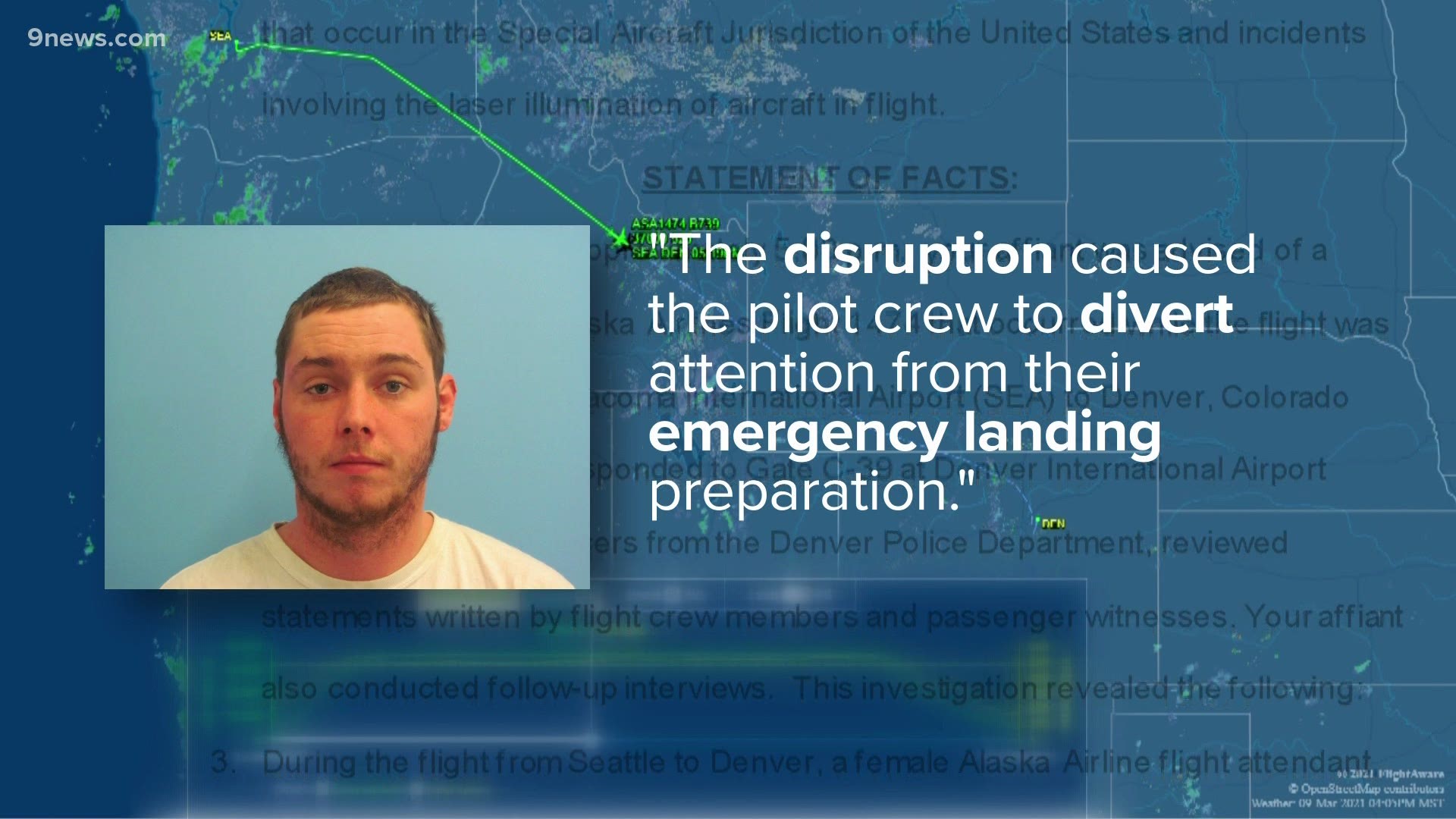 Dale Cooper: There’s nothing quite like urinating in the open air. (Twin Peaks)

A Colorado man who refused to wear a mask on an Alaska Airlines flight and urinated in the cabin faces a federal charge of interfering with a flight crew and attendants. The charge carries a maximum term of 20 years in prison and a possible fine of $250,000, KXAS-TV reports.

Landon Grier, 24, was arrested by the FBI on March 9 after the flight landed in Denver. According to the FBI’s affidavit, Grier was trying to sleep when he swatted at a flight attendant who repeatedly tried to get him to put on a mask. Flight attendant were later summoned by a passenger who saw Grier urinating in his seat.

Grier reportedly told the FBI that he had several beers and “a couple of shots” before boarding the flight, fell asleep, and “awoke to being yelled at by the flight attendants who told him he was peeing.”

“He stated he had no recollection of hitting the flight attendant and didn’t know if he was peeing,” FBI Special Agent Martin Daniell III said.

Airline passenger refuses to wear mask and urinates in his seat — faces $250K fine and 20 years in prison https://t.co/8tV1dNwkM1

Bahaha I hope the extra alcohol and almost $15,000.00 fine was worth it. wear a damn mask. I took 2 or three with me on my last trip so I could change it up. Wasn’t hard and I survived. Since last year I haven’t been flying

I don't see myself going to a restaurant or getting on an airplane anytime soon. And I'll keep the mask because I really like saying "fuck you" under my breath. Socially distanced is going to be my norm for a while longer.

If you’re still arguing with flight attendants about wearing a mask, you shouldn’t be on an airplane. These tantrums and delays in our flight arrivals are not cute anymore🙄 #COVID19 pic.twitter.com/k36BEFWnXl

(22501)
$179.00 (as of May 22, 2022 01:03 GMT -04:00 - More infoProduct prices and availability are accurate as of the date/time indicated and are subject to change. Any price and availability information displayed on [relevant Amazon Site(s), as applicable] at the time of purchase will apply to the purchase of this product.)