Flagship publication for Kavanaugh's religion just asked him to withdraw

The Jesuits, a religious order in the Catholic Church, were understandably ecstatic when Donald Trump picked one of their own for nomination to the Supreme Court. (If confirmed, Brett Kavnaugh would be the fifth Catholic judge.) Kavanaugh has repeatedly and prominently highlighted his Jesuit Catholic faith, and even quoted the former Superior General of the Jesuits when accepting his nomination, saying he lives by the Jesuit creed: ”Men for others.”

America Magazine — The Jesuit Review, is the Jesuits’ national weekly magazine. It is one of the oldest periodicals in the U.S., and the only Catholic weekly magazine in North America. It's the top search result for Catholic magazines, and bills itself as the ”leading provider of editorial content for thinking Catholics and those who want to know what Catholics are thinking.”

Naturally, the publication whole-heartedly endorsed Kavanaugh, as they were certain he would be the fifth judge needed to take away a woman’s reproductive rights.

In an editorial entitled ”The Editors: It is time for the Kavanaugh nomination to be withdrawn”, the magazine explains its rationale.

Dr. Blasey's accusations have neither been fully investigated nor been proven to a legal standard, but neither have they been conclusively disproved or shown to be less than credible. Judge Kavanaugh continues to enjoy a legal presumption of innocence, but the standard for a nominee to the Supreme Court is far higher; there is no presumption of confirmability.

The best of the bad resolutions available in this dilemma is for Judge Kavanaugh’s nomination to be withdrawn.

The article claims that GOP Senators voting for confirmation would be putting their policy goals ahead of a woman's report of assault, and that all future decisions he would make on the Court would be viewed suspiciously. Then the editors land the final blow:

For the good of the country and the future credibility of the Supreme Court in a world that is finally learning to take reports of harassment, assault and abuse seriously, it is time to find a nominee whose confirmation will not repudiate that lesson.

To say nothing of his disturbing partisan attacks and his loony conspiratorial rant against “the Clintons” and Soros. (‘Cuz they made you try to rape somebody?)

I am honestly shocked. If Kavanaugh just lost his biggest cheerleaders, I don’t know how his supporters can say that his bizarre, blubbering performance was anything but a complete dumpster fire. 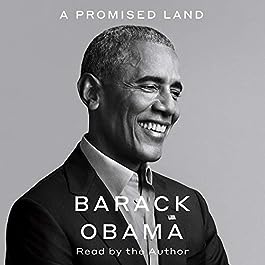