I swear to God, I’d rather be lucky than good. Usually, I have to kick and scratch, fight and scream, to find something interesting to write to you guys about. But every once in a while, an egg comes crashing through the windshield and lands right in your lap, as if a golden goose were flying overhead. This is one of those rare times.

If you’re a Virginian, especially a progressive Virginian, the political news for the last 6 months has been brutal. Story after story of rather serious indiscretions by statewide elected officials just keep spewing out, like a cat with a hair ball. Prominent have been stories concerning rather insensitive photo ops by the sitting Governor and Attorney General in their college days.

So it’s like that soft, warm kiss of the first spring breeze of the year to finally be able to share a lighthearted political story from Virginia. And even more so when the protagonist of that story is someone that most people confuse for a 1960’s investment banker, or a department store mannequin, you know, a Republican.

In this case, the Republican in question is Virginia state Senator William DeSteph. As a politician in Virginia, I’m sure that DeSteph is appalled and mortified at the knocks his profession has taken lately, so he has graciously stepped forward to help to rehabilitate the reputation of the states politicians. Bill DeSteph was not always a Senator. He cut his political baby teeth as a city councilman in Virginia Beach (actually one of my favorite “getaway” towns), and it’s there that our uplifting story originates.

Back in 2008, while DeSteph was a city councilman, he had the opportunity to attend a gala to raise money for a childrens charity. The kicker was that the gala was actually a costume party. Being both civic minded as well as charitable, DeSteph jumped into that idea with both feet, coming up with a highly original costume. And keeping in mind that it was for a childrens charity, he of course chose a child friendly costume.

*SIGH*…..Because nothing says moral superiority and sexual sensitivity quite like an 18” brass phallic symbol with the words “RUB ME!” emblazoned on it sticking out from your crotch. At 62, when I finally saw my beloved Cubbies win the World Series a couple of years ago, I honestly thought that I had finally seen it all, but fuck me! And the thing to remember here is that while Northam and Herring were caught wearing blackface back in their college days, when this picture was taken, DeSteph was already an elected official, with a public and political image to consider. And the best idea that he could come up with was to dress up the way Traitor Tot likes to brag he looks when he chases a pron star around a hotel room. 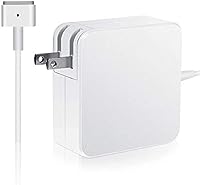