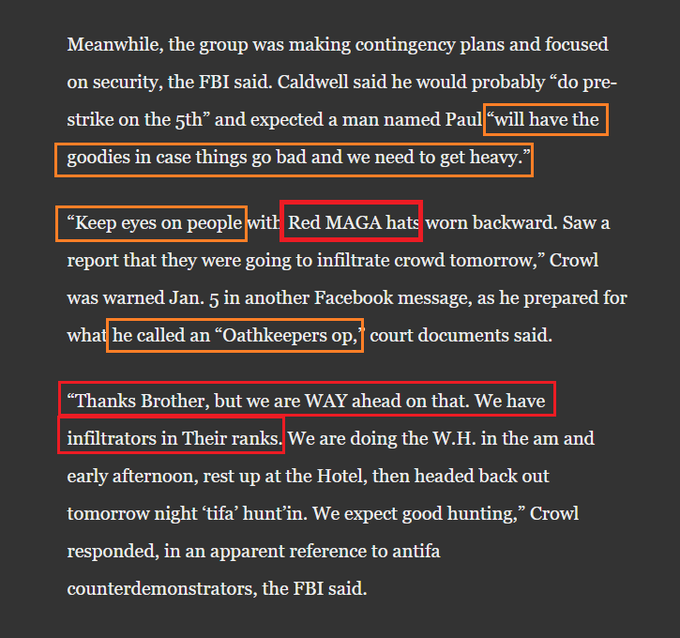 Combined with a Capitol insurrection that would frighten more than 147 legislators to overturn the Electoral College, an acting AG replaced by a Trump crony would have fronted a successful coup d’état.

There is a profoundly important issue that is being grotesquely under covered in the media, particularly the business and tech media. It concerns the actions of 140 House Members led by @GOPLeader Kevin McCarthy and 7 US Senators on the night of January 6, 2021. This should not

Of millions of black votes is what that vote was about and that vote was immoral and UN American. No company can support any political committee that funds the people who voted to establish a new type of Jim Crow. They voted to strip the voice and rights away from millions of our

It desecrated the martyrdom of Americans who gave their lives so that future generations would have a voice and take their rightful place in the nation’s story. @ProjectLincoln believes it is essential that the most important companies in America make a declaration and draw

Then-President Donald Trump in early January entertained a plan to replace the acting attorney general with a different Justice Department lawyer who was more amenable to pursuing his unfounded claims of voter fraud, nearly touching off a crisis at the country’s premier federal law enforcement institution, people familiar with the matter said.

The plan — if enacted — would have pushed out Jeffrey Rosen as the acting attorney general and installed in his place Jeffrey Clark, whom Trump had appointed to lead the Justice Department’s Environment and Natural Resources Division and who later would come to lead the Civil Division. Clark, then, could have taken steps to wield the Justice Department’s power to help keep Trump in office. But the president was ultimately dissuaded from moving forward after a high-stakes meeting with those involved, the people said.
[…]

Throughout his four years in office, Trump persistently pushed the Justice Department to make moves to benefit himself and his friends, though his moves in his final days in office threatened to be particularly damaging. Even former attorney general William P. Barr — who had been one of Trump’s most loyal and effective Cabinet secretaries — had publicly broken with the president on the issue of voter fraud, declaring publicly that investigators had found no evidence of substantial malfeasance that might affect the result of the election.

Clark, the people said, somehow connected with Trump and conveyed he felt fraud had impacted the election results. Then Clark began pressuring Rosen and others to do more on voter fraud — such as holding a news conference to announce they were investigating serious allegations, or taking particular steps in Georgia — though Rosen refused. At some point, Rosen was informed Clark would replace him, and he pushed for a meeting with Trump in person, the people said. It was theoretically possible that, if Clark were installed, he could push for some type of challenge to the election results.
At the meeting were Trump, Clark and Rosen, along with Richard Donoghue, the acting deputy attorney general; Steven A. Engel, the head of the department’s Office of Legal Counsel; and Pat Cipollone, the White House counsel, the people familiar with the matter said. The people said Rosen, Donoghue, Engel and Cipollone pushed against the idea of replacing Rosen, and warned of a mass resignation.

Cipollone, one person said, pushed hard against a letter Clark wanted to send to Georgia state legislators, which wrongly asserted the department was investigating accusations of fraud in their state and Biden’s win should be voided, insisting it was based on a shoddy claim.

holy crap. we keep learning more about how close we were to total meltdown. https://t.co/YdcMtDFMZt

The acting head of DOJ’s civil division spoke with Trump about a plan to stop the steal; and then told Acting AG Rosen that he was gonna be replaced in order for the plan to be implemented. And then DOJ senior leaders said they would quit en masse.

This is the chump who filed the DOJ case against me, saying it was the President's job to slander women.

The Trump Presidency was corrupt right down to the core of its spleen. https://t.co/85uMrlNOwN

This included the moment rioters passed within 100 feet of Vice President Pence. Capitol Police officer Eugene Goodman led the mob away from the nearby doors to the Senate chamber. pic.twitter.com/nCl6kYZU8k

The #TrumpCult #GOP murderous mob came so close to capturing *with intent to kill* Speaker Pelosi & VP Pence. Would the mob also have murdered their staffers?? #TrumpTerror #GOPSedition

41 minutes of fear: A video timeline from inside the Capitol siege https://t.co/6bq0d9csuH

The Capitol mob didn’t come out of nowhere. It was a response to the concerted attack on 2020’s election results crafted by elite right-wing politicians, academics, and attorneys. No law professor played a bigger role in Donald Trump’s plot to overturn the election than John Eastman. As the president’s actual attorneys backed away from his coup, Eastman rushed in to fill the void, attempting to bolster the scheme with incoherent legal theories. When Texas Attorney General Ken Paxton urged the Supreme Court to overturn the election by nullifying millions of votes, it was Eastman who intervened on Trump’s behalf to endorse Paxton’s suit. When Trump exhorted Vice President Mike Pence to award him a second term by unilaterally disqualifying electoral votes, it was Eastman who advised Pence that he could, indeed, throw the election to Trump. And when Trump needed a putative legal scholar to lend credence to his pre-insurrection rally, he brought out Eastman to deliver a speech alongside Rudy Giuliani, ringleader of the president’s efforts to steal the election.

It is no surprise that Eastman, a white supremacist on the far-right fringe of the conservative legal movement, played a major role in the president’s failed coup. What is remarkable—and, with each passing day, extraordinarily damning—is the Federalist Society’s refusal to address Eastman’s role in the insurrection. Eastman is not only a member of the Federalist Society, the network of conservative attorneys that provided the legal scaffolding for Trumpism. He is the chairman of the organization’s Federalism and Separation of Powers practice group and a frequent participant in its public events. The Federalist Society’s refusal to expel, condemn, or distance itself from Eastman in any way indicates that the organization is untroubled by the subversion of American democracy.

Folks, this is not complicated. Without accountability, the next coup will succeed.

🚨 BREAKING: Trump’s campaign paid more than $2.7 million to individuals and firms that organized the Jan. 6 rally that led to violent rioters storming the U.S. Capitol, according to @OpenSecretsDChttps://t.co/fERtUFkCny @billallison @business pic.twitter.com/4HjCNZdjgb

Map of Parler users moving from Trump rally to the Capitol on January 6th (using Parler's own location data) by @ABreuer_Harvard https://t.co/NOzMqRmuXj pic.twitter.com/Ukyr2MMkv7

Here are the top 20 promoters of voter fraud disinformation on Twitter as per a data set released yesterday by @informor et al. More on the research here: https://t.co/q8HgTtNFRt pic.twitter.com/k1VcQHBA2V

“Look, you can’t strangle a cocktail waitress unless she shows up with a neck.”https://t.co/HT5WcTrUBm

(85754)
$0.00 (as of May 16, 2022 22:12 GMT -04:00 - More infoProduct prices and availability are accurate as of the date/time indicated and are subject to change. Any price and availability information displayed on [relevant Amazon Site(s), as applicable] at the time of purchase will apply to the purchase of this product.)