The San Francisco Chronicle put a story up today about how the Service Employees International Union (SEIU) thought they had located 39 million masks that it planned to donate to health care workers, but that the FBI discovered it was all a hoax. Report: Stockpile of 39 million masks exposed as fake

A major California labor union that claimed to have discovered a stockpile of 39 million masks for health care workers fighting the coronavirus was duped in an elaborate scam uncovered by FBI investigators, according to a newspaper report Sunday. …

U.S. Attorney Scott Brady told the Times that investigators tracked the tip back to a Pittsburgh businessman, who said he had been working with the Service Employees International Union-United Healthcare Workers West to secure millions of masks.

The businessman had been using WhatsApp to connect with a broker in Australia and a supplier in Kuwait, who are both now the target of a federal investigation, Brady said.

The union, known as SEIU, and the Pittsburgh businessman are not under investigation and both appear to be among a string of middlemen who were fooled, Brady said.

That’s bad enough — unscrupulous hucksters have seen the coronavirus as a scam opportunity all along. But for me, the more disturbing part of the story is why the FBI was investigating the masks:

Investigators stumbled onto the scheme while looking into whether they could intercept the masks for the Federal Emergency Management Agency under the Defense Production Act, the U.S. attorney’s office said Friday.

The federal government has been quietly seizing supplies across the country as the outbreak spreads. But in this case, there was no warehouse, and there were no masks to seize, the Los Angeles Times reported. [emphasis added]

From the LA Times story: How a stockpile of 39 million masks was exposed as fake (paywall, so I can’t follow it up beyond this):

U.S. Atty. Scott Brady of the Western District of Pennsylvania said FBI agents and prosecutors stumbled onto the arrangement while looking into whether they could intercept the masks for the Federal Emergency Management Agency under the Defense Production Act.

The federal government has been quietly seizing supplies across the country, taking the orders placed by hospitals and clinics and not publicly reporting where the products are being routed.

Kaiser Permanente had planned to buy 6 million masks (SEIU was going to sell them at cost), while Sutter Health put in an order for 2 million. SEIU had been looking everywhere for N95 masks so it could distribute them to members putting their lives at risk in California hospitals. That’s what they said in their March 26 announcement: Union Locates Massive Supply of N95 Masks

The Service Employees International Union – United Healthcare Workers West (SEIU-UHW) has located 39 million critically needed N95 masks and is connecting states, counties, health systems and individual hospitals to the supplier so they can purchase them in quantity.

“We want the masks to be distributed as widely as possible. Unfortunately, we don’t have enough to go beyond California and New York, and so far hospitals in Arizona have not responded to an offer of 2 million masks, but as we locate more masks we want to expand the circulation as much as possible,” [SEIU-UHW President Dave] Regan said.

These masks — even if they didn’t exist — were being collected for New York and California hospitals which are running low. What business does FEMA have trying to steal them? And why is the FBI helping them? 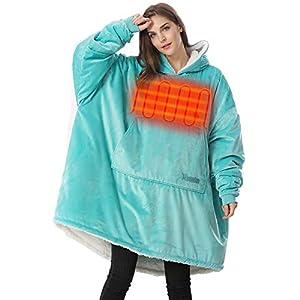