Dr. Fauci. director of the National Institute for Allergy and Infectious Diseases (NIAID), is once again speaking truth to power. CNN reports that Trump held a meeting today in the Cabinet Room with pharmaceutical executives at which he once again tried to say a vaccine would be coming along any day now:

“I don't know what the time will be. I've heard very quick numbers, that of months. And I've heard pretty much a year would be an outside number. So I think that's not a bad range. But if you're talking about three to four months in a couple of cases, a year in other cases,” Trump said.

Dr. Antony Fauci, the head of the National Institute of Allergy and Infectious Diseases, immediately corrected the President: “Let me make sure you get the … information. A vaccine that you make and start testing in a year is not a vaccine that's deployable.” [emphasis added]

Trump sat there and “folded his arms.” He then tried to get the pharma execs to take his side; they weren’t having it.

Throughout the meeting, Trump was hyperfocused on pressing industry leaders in the room for a timeline for a coronavirus vaccine and treatment. But experts at the table — from the administration and the pharmaceutical industry — repeatedly emphasized that a vaccine can't be rushed to market before it's been declared safe for the public.

Trump, in other words, just ran up against a reality he can’t ignore and people he can’t bully.

A few days ago, I posted a diary, Top Virus Expert Told to Shut Up. It was based on several news stories that Fauci had been ordered to clear all his statements with Pence’s office first. Fauci later denied he had been muzzled, that it was just a misunderstanding due to timing issues. But I can’t help feeling Trump did try to keep him quiet and that his attempt backfired. At any rate, it’s clear Fauci still has not the slightest qualm about telling Trump to his face in front of the press that he, The Ego Who Must Not Be Crossed, is wrong.

Incidentally, Dr. Fauci surely knows about Israeli efforts to develop a vaccine; it seems they had been working on an animal vaccine for a similar virus when COVID-19 appeared, and they realized their vaccine could be adapted to it. But it still needs a lot of testing.

“Let’s call it pure luck,” he said. “We decided to choose coronavirus as a model for our system just as a proof of concept for our technology.”

But after scientists sequenced the DNA of the novel coronavirus causing the current worldwide outbreak, the MIGAL researchers examined it and found that the poultry coronavirus has high genetic similarity to the human one, and that it uses the same infection mechanism, which increases the likelihood of achieving an effective human vaccine in a very short period of time, Katz said.

“All we need to do is adjust the system to the new sequence,” he said. “We are in the middle of this process, and hopefully in a few weeks we will have the vaccine in our hands. Yes, in a few weeks, if it all works, we would have a vaccine to prevent coronavirus.”

They expect it to be ready in 90 days, if  they really got lucky and got it right.

If all goes as planned, the vaccine could be ready within a few weeks and available in 90 days, according to a release.

But note that they spent 4 years getting to this point. And that may be the luck that saves us.

PS: We have 102 reported cases in the US and 6 deaths. While I’m sure the number of cases is vastly underreported, right now that means a mortality rate of around 5%. This is not the flu, Mr. IMPOTUS. 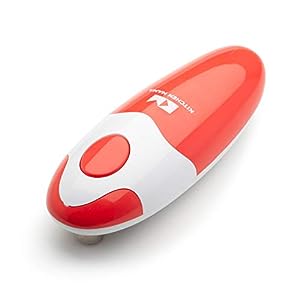