Unfortunately, this has the same context that 2016 had for MILFs and voting for Trump. The Twitter-verse is now making many basement dwellers hot for dictator-action. But is Ivanka Trump the Kim Yo-Jong of America?

“Among the North’s power elite, Kim Yo Jong has the highest chance to inherit power, and I think that possibility is more than 90%,” an analyst told the Associated Press…

She has been routinely observed at her brother’s side at public appearances and is involved in relations with Washington and South Korea, whose media has dubbed her “the Ivanka Trump of North Korea.”

Experts who VICE News spoke to are sharply divided about the possibility of Yo Jong becoming Supreme Leader. Some believe it would be impossible for a 32-year-old woman to take control of a country run by an elite group of powerful old men. Others believe she is the natural successor to Kim and that her recent high-profile public engagements show she is being groomed to take control.

Others still say it is impossible to predict what will happen when Kim dies.

But the possibility of a woman taking power in Pyongyang should not be equated with any softening in the country’s stance on foreign policy.

“It is entirely possible that Ms. Kim will prove even more tyrannical than her brother or father or grandfather,” Sung Yoon Lee, a Koreas expert at The Fletcher School at Tufts University, told VICE News. “She will also have to show her mettle by provoking the U.S. with major weapons tests and lethal attacks on South Korea and U.S. forces stationed there.”

Kim Jong Un's Sister Could Replace Him If He Dies. Who Is Kim Yo Jong? https://t.co/jcYhjYcmFv pic.twitter.com/WmnxXLBBz8

And just as quickly, others in the American press took the response to Kim Yo Jong one step further, comparing any positive reviews — largely based on her style and appearance — to that of America’s first daughter, Ivanka Trump. Like Kim Yo Jong, Ivanka has long maintained seemingly separate interests than her political father. And like Kim Yo Jong, Ivanka has also assumed an official position her family’s respective administration.

But according to a searing piece in the Washington Post, the similarities don’t end there. Both Kim Yo Jong and Ivanka Trump, they argue, are readily positioned by their families to offer a smiling, conventionally beautiful, and glamorous veneer to cover up more damaging and dangerous political agendas. That is, the supreme leader’s sister and president’s daughter are connected through a common bond of utilizing style to mask, and encourage further, complicity.

And while other members of the press have, in turn, lashed out at such comparisons, saying they undermine the known human rights abuses committed by the North Korean government by comparing them to the policies of the Trump administration, the larger question still remains as to whether there should even be a dialogue comparing the two women in general — and if it would be happening if the two public figures in question were both men. 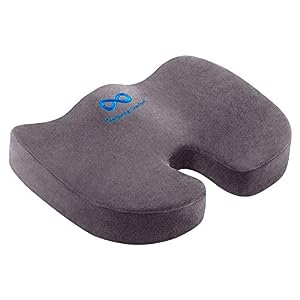