Facebook made The Daily Caller an official fact-checker; here are the results

This is pretty chilling.

2. On Friday, Politico published an article headlined “Trump rallies his base to treat coronavirus as a Ã¢Â€Â˜hoax.Ã¢Â€Â™”

The Daily Caller declared this was “false information.” If you try to post the article to Facebook, this is what you see. https://t.co/AoMU8uhDR8 pic.twitter.com/aDS4Ogpo1y— Judd Legum (@JuddLegum) March 3, 2020

4. The Daily Caller justifies its ruling by claiming: “Throughout the speech, Trump reiterates his administration is taking the threat of the coronavirus seriously”

Throughout the speech, Trump minimizes the threat of the coronavirus

6. The Daily Caller does fact check false claims about Democrats but many of these are framed as clickbait.

Actually, Trump has, rather recklessly, minimized the threat of COVID-19 at every turn — and he’s sent his lackeys out to do the same. The nearly always wrong Larry Kudlow said a week ago that the U.S. had “contained” the virus “pretty close to airtight.” Needless to say, that’s not remotely true.

Trump himself said a vaccine was right around the corner and that the risk to Americans is “very low.” Neither of those statements is true. In fact, his COVID-19 press conference was a cavalcade of misleading statements and factual errors.

Trump also claimed the virus would probably go away in April “when the heat comes in.”

So why is The Daily Caller being allowed to question the editorial judgment of Politico? You’d have to ask Facebook that.

AOC: Why did you name the Daily Caller, a publication w/ties to white supremacists, as a fact-checker?

ZUCKERBERG: We actually don't appoint fact-checkers, but the org that does has rigorous standards

AOC: So you think white supremacist-tied publications meet that?

OCASIO-CORTEZ: Can you explain why you’ve named The Daily Caller, a publication well-documented with ties to white supremacists, as an official fact-checker for Facebook?

ZUCKERBERG: Congresswoman, sure. We actually don’t appoint the independent fact-checkers. They go through an independent organization called the Independent Fact-Checking Network that has a rigorous standard for who they allow to serve as a fact-checker.

OCASIO-CORTEZ: So you would say that white supremacist-tied publications meet a rigorous standard for fact-checking?

On a good day, Facebook is a cesspool of disinformation, and it’s nice they’re trying to clean it up. But in this case, anyway, they’ve summoned a bowl of shit to do the job for them. 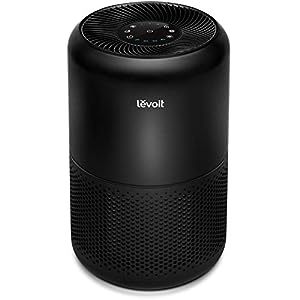