If you do not pay attention, then how can you prepare yourself for what is to come?
This critical moment in time is, our last chance to act before it is too late, most will scroll past this diary, and other stories like it on this site and I would like to know why.
I’m not sure why Kossacks are more outraged by someone calling someone else a name or argue over a verb or noun or falling for its newest distraction that gets hundreds of recommends and means nothing in global mass extinction.

He is locking children in cages, he is proud of his treason and enthusiastic in his war on the fight against climate change.  Those are impeachable offenses to me. Why we are dithering is beyond me.
I doubt at times that we as a species will save ourselves in time, tears well in my eyes often. But I desperately want justice for crimes against the planet for those who withheld evidence that we could have used to have a livable climate.
I do not want these loathsome climate change enabling people to escape justice. I still seethe that BP was able to skate after killing large swaths of the Gulf of Mexico.
My dream is that we act, perhaps we could avoid a 3C and above temperature rise if we quickly transition to clean energy. But Trump is robbing us of the geological time necessary to act, time that we will never get back. Bolsanaro is killing the lungs of the earth, and, we do not have enough time to reforest the Amazon.
I fight on because it is the only chance we have to stop the great dying. I fight on to see the selfish that allowed this calamity to suffer. I do not know what else I can do individually, but collectively, we can do wonders if we focus.
Rant over, the story is below.

My anxiety runneth over today. 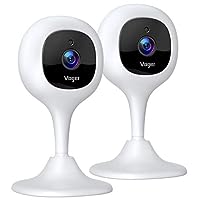