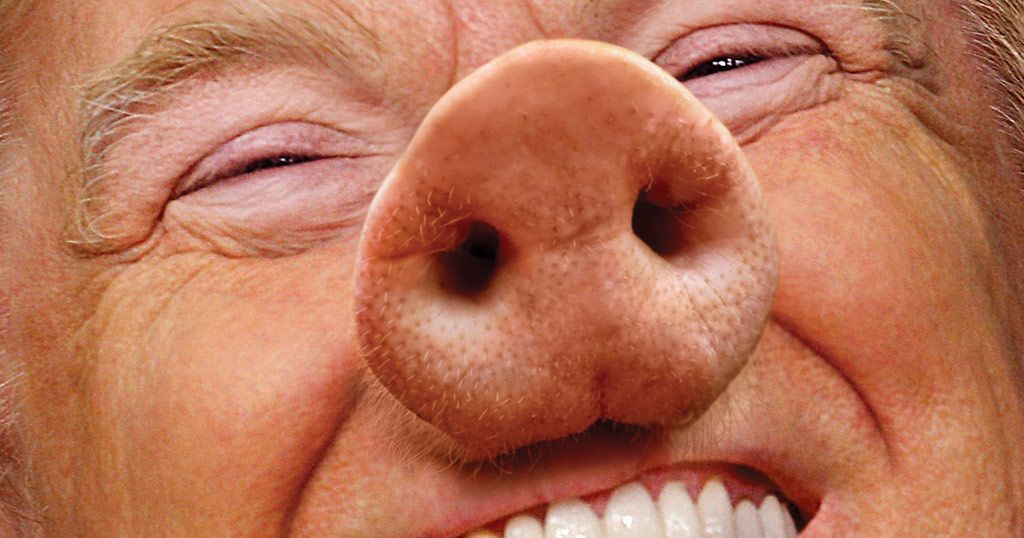 Because “something bad happened”, the Wall Street Journal has the criminal solicitation tapes: The anti-Slenderman wants you to overturn an election because who would believe that he’d suborn racketeering, or election fraud, or bribery. Cocaine Bear is getting worried the wolf is at the door with that indictment, because Merrick Garland is now the Attorney General. In other news, Slenderman wants to take credit for all those peace deals made during the last administration.

ATLANTA—Then-President Donald Trump urged the chief investigator of the Georgia Secretary of State’s office to look for fraud during an audit of mail-in ballots in a suburban Atlanta county, on a phone call he made to her in late December.

During the six-minute call, which was reviewed by The Wall Street Journal, Mr. Trump repeatedly said that he won Georgia. “Something bad happened,” he said.

She responded: “I can assure you that our team and the [Georgia Bureau of Investigation], that we are only interested in the truth and finding the information that is based on the facts.”

The Washington Post reported on the call in January, but this is the first time the recording has been released.

Fulton County District Attorney Fani Willis has launched a criminal investigation into alleged efforts to have officials in Georgia overturn the state’s results of November’s presidential election. In a February letter to officials, Ms. Willis said a grand jury would convene this month.

From personal experience as a key witness I assure you that you do not visit a prosecutor’s office 7 times if they are not planning to indict those about whom you have knowledge. It is only a matter of how many days until DA Vance indicts Donald & Co. https://t.co/OaqribQBQO

Trump's got more probes than an alien abduction.https://t.co/zQwnQmnPTY

Trump’s about to come face-to-face with a fact that I suspect, deep down, he’s known all along—which is why he was bragging to Ailes that he was delighted to lose: that winning the presidency would destroy him. https://t.co/UD52AUGyI6

I know the old grifter is no longer on social media but his comedy writers did some great SNL style classic lines like "I don't know, to the best of knowledge, a man named Esposito" Dibs on the T-shirt. pic.twitter.com/JtwFgiHWSf

Former White House adviser and former President Trump‘s son-in-law Jared Kushner, is planning on writing a book about his time working in the Trump administration, a source familiar with the matter told Reuters.

The book will address a swath of events that occurred during Trump’s presidency, but will mainly focus on the Abraham Accords, a series of deals made between Israel and the nations of Sudan, Morocco, Bahrain and the United Arab Emirates (UAE).

Announced last August, the Abraham Accords was the first official peace deal between the UAE and Israel in decades. The deal was brokered with the help of Kushner, and the accords later became a key accomplishment touted by Trump and his allies.

Kushner was later nominated for the Nobel Peace Prize for his work in the Middle East and for his involvement in peace talks by Alan Dershowitz, an attorney who was on Trump’s legal team during his first impeachment.

Some Lincoln Project ads tested as not just ineffective but as positively counterproductive: they actually persuaded viewers to vote for Trump.https://t.co/tmKXYh0mSc

Like Pence, I fear they’re just trying not to be on the hit list for the next domestic terror attack by Trump supporters.

Donald Trump was my friend before he launched a white supremacist domestic terror attack on the United States capital.

And I'm trying to keep a relationship with him after he launched a white supremacist domestic terror attack on the United States capital.