Insurrection part Deux may be coming, but it’s a distraction from an emerging Raw Story report about Russian mobsters and Trump that includes money laundering in Kazakhstan. This doesn’t even touch the tax fraud prosecution. Thank jeebus CPAC is over and that concentrated hate and stupidity is over for another year. Even Trump’s CPAC speech was the same stuff on a different day.

The Raw Story report goes back to the unattended counterintelligence materials in the Mueller Report. As always the insurrection has served to misdirect attention from matters that will bring criminal scrutiny to Trump and his associates going back years. It’s a decades-long history that runs in parallel to the tax investigation.

Now there are stunning new allegations in federal court documents that this Russian criminal network with worldwide reach hired Felix Sater, one of Trump’s closest associates, to hide a fortune stolen in Kazakhstan.

The central Asian country was once part of the Soviet Union. The stolen fortune cited in the lawsuit is the tip of the iceberg. Keep reading.

Special Counsel Robert S. Mueller III told Congress last year that his team was limited to investigating only criminal acts involved in the 2016 presidential campaign. He was instructed not to touch on counterintelligence.

That was a huge favor to Trump and to a vast network of Russian gangsters and fronts connected to Trump, to his campaign and another of his lawyers, Rudy Giuliani. The shady businesses specialize in bank fraud, kleptocracy, tax dodges and money laundering in America.

Step just one foot outside Trump’s small immediate circle of violent felons and accused white-collar criminals and you find a kill-the-witness murderer plus allegations of human trafficking by Russian gangsters. Read on.

The Almaty plaintiffs describe a farflung scheme to hide much of the stolen money in America using Sater, a violent felon and stock swindler, and Robert S. Wolf, a Moses & Singer partner.

An entire movement of ideologically useful idiots has been drawing attention away from a building prosecution that will consume the proceeds from the fundraising grift.

Donald Trump’s speech at the conference was branded a “January 6th Reunion” on trolling truck billboards driven around outside the eventhttps://t.co/GFQCtTOmaG

A 'three percenters' truck at the Capitol insurrection belongs to the husband of Republican congresswoman who said, 'Hitler got one thing right.' The three percenters are an anti-government extremist group. https://t.co/LLSfjHKPyT

Three Percenters subscribe to a core ideology that the government has tyrannical tendencies and seeks to undermine civil liberties and constitutional freedoms, and thus must be kept in check by forceful armed groups, according to Arie Perliger, who studies political violence, extremism and far-right politics at the University of Massachusetts at Lowell and wrote the 2020 book, “American Zealots: Inside Right-Wing Domestic Terrorism.”

“There is a much larger group that don’t dispute to the core ideology of the Three Percenters but [who] agree that the government is overreaching and eroding some basic American way of life,” Perliger told The Post.

The Three Percenters ideology emerged in 2008 around the idea that a small number of “patriots” protect Americans from the tyranny of big government, with the name itself being a reference to the debunked claim that only 3 percent of the population fought against the British in the American Revolution.

Roger Stone dancing for his supper at CPACpic.twitter.com/KhBUpfK2xy

After the Capitol insurrection, Telegram moved to ban white nationalists. Today, it's a different story. Far-right extremists have resumed using the app to recruit. https://t.co/wPoKPbmMKu

It’s weird, I honestly never think about him unless it involves the phrase, “Hey, why isn’t (insert member of the Trump admin here) in jail yet?” https://t.co/4vhasnmfYL

Those of you supporting a Trump over the faux bubble economy he’s engendered need to remember the current govt guaranteed Student Loan debt is fast approaching the $1.6 trillion. Like the $2 trillion sub prime mortgage crisis of 2008, (1/3) https://t.co/blgitUc7G3

-The economy is not the stock market
-Trump inherited a recovering economy after Obama inherited a devastated economy from Bush, who inherited a booming (house-bubble) economy
-Biden inherited an economy down the toilet: high unemployment; jobs disappearing; biz going belly up/1

“I don’t think he would ever put himself in a position again to lose,”

Mary Trump is apparently much more interested in the weather than her uncle’s return to the public eye.

During Donald Trump’s speech at the Conservative Political Action Conference on Sunday, his first appearance since leaving the White House, his niece tweeted an image of a sunset “since nothing of importance is happening right now.”
In his address, Trump attacked his successor President Joe Biden for rolling back Trump administration policies, repeated his fantasy that he won the election, doubled down on false claims of voter fraud and hinted at a 2024 presidential run. However, he said he’d ruled out starting his own party, telling CPAC attendees it would divide the GOP’s vote.

Polling of attendees demonstrated Trump’s strong and continued hold over the party, with 55% of respondents saying they would vote for Trump in a hypothetical 2024 presidential run and 95% indicating they want the GOP to continue pushing Trump’s agenda and policies.

Mary Trump predicted in a Sunday appearance on MSNBC that her uncle won’t run again but might continue to allude to it to solicit funding.
“I imagine a reality in which he pretends to [run],” she said. “We have to understand Donald’s made more money in the past few months raising money to fight for the ‘big lie’ or set himself up going forward than he ever has legitimately in any other endeavor.”
www.huffpost.com/…

Donald Trump's niece shared a photo of a sunset during the former president's CPAC address. https://t.co/qVc12urJFJ

The Bizarro World equivalent of CPAC:

After Jamie Loftus got into Mensa, a member of the group contacted her to warn that the group is not all “silly fun” and “happy nerds” but has a “nasty alt-right undercurrent.” https://t.co/YpvSzMJpt9

In other social banditry:

#OtD 1 Mar 1954, a group of students at Indiana University started the Green Feather Movement to protest against a McCarthyist attempt to ban Robin Hood from school books for promoting communism pic.twitter.com/sOLdZ81se7 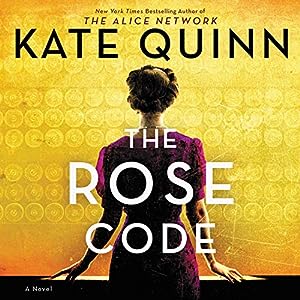