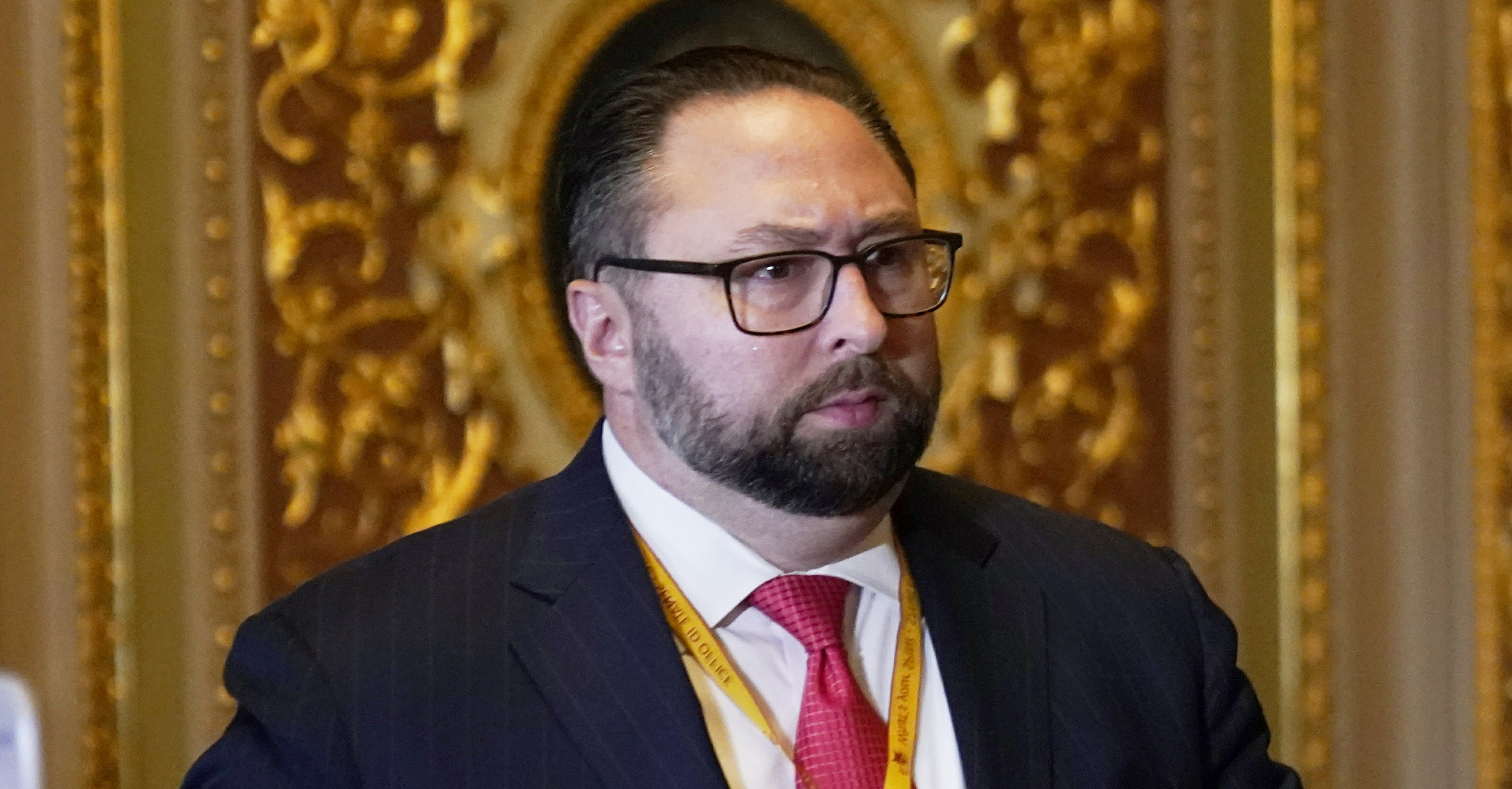 Assuming Jason Miller is a real person and not a failed Soviet-era experiment to cross the human genome with the formula for Axe Body Spray, he appears to be in some trouble.

According to The Guardian, the former former-guy spox, who impregnated another Trump campaign adviser while engaging in an extramarital affair in 2016, lied about his employment status in order to reduce his child support payments.

Turns out he’d actually been employed all along—by the very firm that he’d supposedly left in 2019 after sending “a series of obscenity-laced tweets about the Democratic congressman Jerrold Nadler.” Teneo, a top political strategy firm, had publicly parted ways with Miller, but The Guardian discovered that their apparent breakup was all for show.

But Miller’s departure from Teneo was a sham. Previously undisclosed confidential records from inside Teneo show that on the same day Miller signed a formal “separation agreement and general release” from Teneo, he signed a new contract with the firm, whereby Teneo agreed to secretly engage Miller as a consultant, through a hastily formed LLC, at the very same base compensation of nearly $500,000 doing the very same work.

Normally, something like this would seem only slightly sketchy. Normally. But if you’ve decided to plead indigence (under oath, no less) in order to lower your child support payments, well, that’s another story.

Only three days after his resignation and the signing of his new employment agreement with Teneo for the same base pay, according to state court records in Miami-Dade county, Florida, Miller asked the court to “abate and modify” his support payments and swore he could no longer make his child support payments because the “petitioner’s unemployment is public knowledge”.

The Florida court records show that Miller made other misleading or false statements under oath in the case of his faux firing in multiple instances. He not only falsely portrayed himself as unemployed, but asserted under oath that he could no longer afford to travel to Florida to attend court hearings related to the case, and asked a trial in the matter be postponed until he could find work. As evidence of his supposed “major financial setback” Miller cited newspaper articles reporting his resignation from the firm.

As The Guardian notes, Miller remains intensely loyal to Trump, and I can only imagine this latest revelation will further endear him to the Abominable Showman. If Trump were still president, Miller would probably get the Presidential Medal of Freedom, and “child abandonment” would be printed on the citation.

But the former guy is, well, former, which means Miller is more or less on his own. I can only assume that if Trump decides not to run in 2024, Miller will need to take a three-day seminar on moob wrangling to stay in DJT’s good graces. Either that or he can wear a giant novelty KFC bucket like it’s a barrel with suspenders and follow our pustulant ex-POTUS everywhere he goes.

Assuming he’s not in jail, that is.

(51626)
$17.62 (as of May 21, 2022 04:26 GMT -04:00 - More infoProduct prices and availability are accurate as of the date/time indicated and are subject to change. Any price and availability information displayed on [relevant Amazon Site(s), as applicable] at the time of purchase will apply to the purchase of this product.)