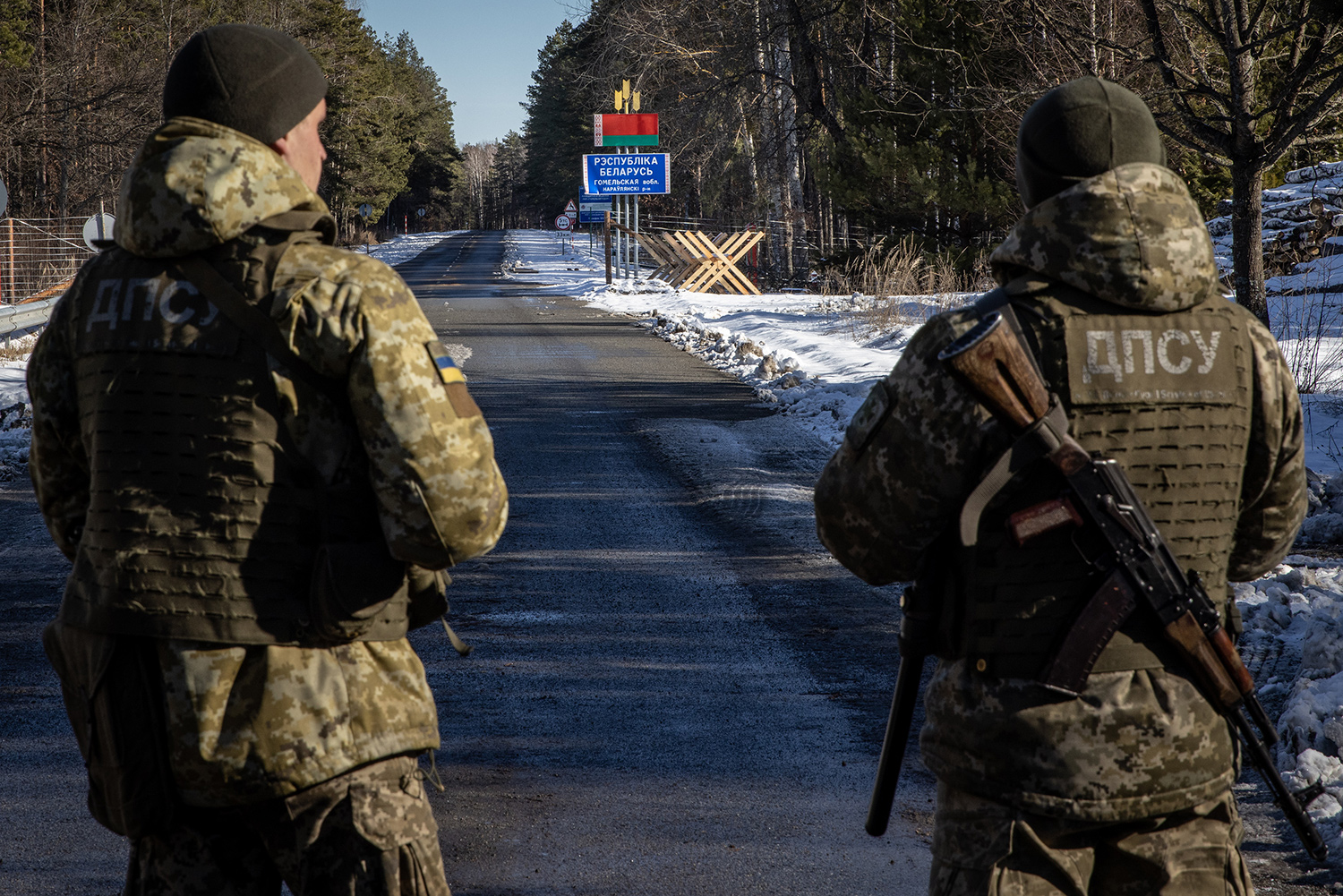 Okay, so you may have read that headline and thought, “What? Tucker Carlson is finally souring on Putin’s war?” Oh, no. Don’t worry. It’s not like we’ve entered Bizarro World or anything. No, we’re simply at the stage in Vladimir Putin’s career when Russian state TV is obliquely questioning its supreme leader’s infallible judgment. Normal stuff. No biggie.

Now, just in case you were fretting that nothing in this world makes sense anymore, you can rest assured that Tucker is still squarely in Vlad’s camp. As ABC Chief Washington Correspondent Jonathan Karl points out, he was still regurgitating Russian propaganda as recently as (wait, this can’t be right, can it?—oh, shit, it fucking is) Wednesday night.

Tucker Carlson says the US:

– “engineered a coup in Ukraine in the name of democracy”

– confirmed Russian claims about bioweapons are “totally and completely true”

Jesus GoGurt-Slurpin’ Christ, Tucker. Are you doubling down on the agitprop because the rubles in your mattress have lost so much of their value? Wasn’t advocating for COVID-19 quite challenging enough for you? You have to take a mass murderer’s side now? What’s the topic of your next commentary? Something about sterilized surgical implements being exclusively for cucks and betas?

Anyway, fuck that guy with a frozen fish stick. The topic of this post is Russian state TV—and the fact that even its pundits are starting to question Putin’s judgment in a way that folks like Tucker seem reluctant to do.

Julia Davis, a Russia expert and indefatigable monitor of Russian media, has written a column for The Daily Beast in which she reveals that Putin’s paid propagandists are already grousing about the suffering that’s resulted from Li’l Vlad’s “special operation.”

While the Kremlin’s media arm is still doing its best to distort reality by, for instance, claiming the recent bombing of a Ukrainian maternity hospital was “fake,” it’s also betraying some visceral alarm over how the war is currently playing out.

Putin’s most trusted propagandists are becoming ever more desperate to distort or deny the evidence of the atrocities because the truth is finding its way past the roadblocks erected by the Kremlin. Russian citizens are not pleased either with the war, nor with the financial price they have to pay for their leader’s ill-conceived military conquests.

Even the infamous show run by [Vladimir] Soloviev—who was recently sanctioned as an accomplice of Putin by the European Union—became dominated by predictions of Russian doom and gloom. Andrey Sidorov, deputy dean of world politics at Moscow State University, cautioned: “For our country, this period won’t be easy. It will be very difficult. It might be even more difficult than it was for the Soviet Union from 1945 until the 1960s… We’re more integrated into the global economy than the Soviet Union, we’re more dependent on imports—and the main part is that the Cold War is the war of the minds, first and foremost. Unfortunately, the Soviet Union had a consolidating idea on which its system was built. Unlike the Soviet Union, Russia has nothing like that to offer.”

Davis also quotes Karen Shakhnazarov, a state TV pundit who appears to think Putin’s goal of de-Nazifying a country led by a Jewish president is a bit too ambitious. (Honestly, I’d prefer that Putin start de-Nazifying the U.S. by calling Tucker home, but first things first.)

“I don’t see the probability of denazification of such an enormous country. We would need to bring in 1.5 million soldiers to control all of it,” said Shakhnazarov. “At the same time, I don’t see any political power that would consolidate the Ukrainian society in a pro-Russian direction… Those who talked of their mass attraction to Russia obviously didn’t see things the way they are. The most important thing in this scenario is to stop our military action. Others will say that sanctions will remain. Yes, they will remain, but in my opinion discontinuing the active phase of a military operation is very important.”

Shakhnazarov continued: “What are they achieving by prolonging the war? First of all, public opinion within Russia is changing. People are shocked by the masses of refugees, the humanitarian catastrophe, people start to imagine themselves in their place. It’s starting to affect them. To say that the Nazis are doing that is not quite convincing, strictly speaking… On top of that, economic sanctions will start to affect them, and seriously.”

Semyon Bagdasarov, a Russian Middle East expert, then joined the pity party: “Now about Ukraine. I agree with Karen. We had prior experiences of bringing in our troops, destroying the military infrastructure and leaving. I think that our army fulfilled their task of demilitarization of the country by destroying most of their military installations… To restore their military they will need at least 10 years… Let Ukrainians do this denazification on their own. We can’t do it for them… As for their neutrality, yes, we should squeeze it out of them, and that’s it. We don’t need to stay there longer than necessary… Do we need to get into another Afghanistan, but even worse? There are more people and they’re more advanced in their handling of weapons. We don’t need that. Enough already… As for the sanctions, the world has never seen such massive sanctions.”

Of course, as Davis suggests, Tucker would no doubt be appalled at his comrades’ disturbing lack of faith.

To lighten the mood in the studio, the host resorted to one of the favorite pastimes of many Kremlin propagandists: playing yet another Fox News clip of Tucker Carlson and his frequent guest Ret. Col. Doug Macgregor. In the translated video, Macgregor predicted Russia’s easy military victories over Ukraine and its total invincibility to Western sanctions. Soloviev sighed and smiled: “He’s a lot more optimistic than my previous experts in the studio.”

I’m tempted to say “now I’ve seen everything,” but who are we kidding? This parade of useful fools is just getting underway, and Tucker Carlson is the unquestioned grand marshal.

(22374)
$179.00 (as of May 20, 2022 02:04 GMT -04:00 - More infoProduct prices and availability are accurate as of the date/time indicated and are subject to change. Any price and availability information displayed on [relevant Amazon Site(s), as applicable] at the time of purchase will apply to the purchase of this product.)