IMPOTUS (and he will be IMPOTUS forever) somehow managed to contain himself during the trial, but as soon as the votes were in, he let loose, firing LTC Vindman and Vindman’s brother (the last being akin to the Nazi practice of Sippenhaft — arrest or apprehension of kin), and Amb. Sondland, for the ultimate sin: Disloyalty to his Great Orange Shitigibbonness.

GOP Congressional leaders may not have had much concern over the Vindmans for whatever reason, but they did not like the optics of firing Sondland, who was planning to leave soon anyway. GOP Senators tried to talk IMPOTUS out of it, but he wasn’t in a mood to listen. (Is he ever?)

A handful of Republican senators tried to stop President Trump from firing Gordon D. Sondland, the ambassador to the European Union who testified in the House impeachment hearings, but the president relieved the diplomat of his post anyway, according to people briefed on the discussions.

The senators were concerned that it would look bad for Mr. Trump to dismiss Mr. Sondland and argued that it was unnecessary, since the ambassador was already talking with senior officials about leaving after the Senate trial, the people said. The senators told White House officials that Mr. Sondland should be allowed to depart on his own terms, which would have reduced any political backlash.

What they probably meant was (more) backlash against them, the Senators, for letting IMPOTUS off the hook when Sondland had quite firmly — if haltingly and belatedly — put him there. Letting Sondland leave on his own might improve their chances of holding the Senate. But that’s not how IMPOTUS thinks.

But Mr. Trump evidently was not interested in a quiet departure, choosing instead to make a point by forcing Mr. Sondland out before the ambassador was ready to go.

When State Department officials called Mr. Sondland on Friday to tell him that he had to resign that day, he resisted, saying that he did not want to be included in what seemed like a larger purge of impeachment witnesses, according to the people informed about the matter.

Mr. Sondland conveyed to the State Department officials that if they wanted him gone that day, they would have to fire him. And so the president did, ordering the ambassador recalled from his post effective immediately.

Of course IMPOTUS didn’t want a quiet departure. He wanted a noisy one, as noisy as possible, to warn others what happens to people who favor the Constitution over him. Sondland can afford to lose his job (and he will be called Mr. Ambassador for the rest of his life anyway; it's standard courtesy), but others in government are feeling the chilling effect.

The list of Senators who talked to Mick Mulvaney about Sondland include Collins (R Egg-on-Face), Tillis (R NC), McSally (R AZ), and Johnson (R WI). The first 3, of course, are up for re-election and know this looks bad. As for Johnson, who knows what he thinks?

The NYT story has been picked by other major news outlets (CNN has it as its top story), so it has been checked out.

Extra thought: This is SO typical of IMPOTUS — you don’t leave him, he leaves you. I’m quite sure John Bolton resigned, but IMPOTUS couldn’t stand that, so he said he fired him. Mattis did get to resign, but then IMPOTUS kicked him out ahead of schedule. 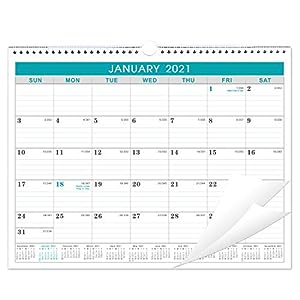