Coming only 24 hours after the catastrophic landfall of Hurricane Michael on the Florida panhandle coast, the nation must now prepare for another man made disaster of epic proportions, a category 5 Twitter tantrum from The Pampers President.

It is indisputable that The Teflon Con is media driven. He has spent his life trying to cultivate the media, stooping to tactics like impersonating his own PR flack to get into the papers. But the true fame he seeks has consistently eluded him. After more than a decade of failing to win an Emmy for “The Apprentice,” Trump now faces the likelihood that he will not be winning an Emmy for “Best performance in a live comedy special” either.

Trump’s bloom has finally fallen off of the FOX News rose. And it dies in the most odious way possible, it fell prey to the ratings locusts. Yep, even for the White House Ministry of Propaganda, Trump is no longer “prime time material.” According to a new report in Politico;

As he’s ramped up his rally schedule ahead of the midterms, viewership numbers for the raucous prime-time events have been roughly similar to — sometimes dipping below — Fox News’ regular programming, and the network has recently stopped airing most evening events in full.

More than a year after every other outlet with a broadcast license came to the conclusion that covering Trump rallies live and in full was the reason for the sudden resurgence in Kindle sales, FOX News finally seems to have gotten the memo. Actually, this is a bittersweet development for FOX viewers, as it means that they will have to go back to listening to Jeanine Piro scream “DEMON-RATS! That’s right, they’re not Democrats, they’re DEMON-RATS!” every night, while the cameraman swipes the lens with a rag like he was covering Michael’s landfall.

Like most things dealing with Trump and his ego, it’s actually somebody else who ends up taking it in the shorts. One of the few ancillary benefits of being seen in public with a total wanker like Trump was the hope of increased national name recognition, and the boost to the campaign coffers that the appearance would bring;

“It exposes us to a national audience that we normally don’t get to,” a Senate Republican campaign staffer said of the coverage of Trump rallies. “We tend to see lots of new sign-ups and small-dollar donations. There’s obviously folks streaming [rallies] online, but being able to be onstage with the president in front of a prime-time audience is huge for a campaign trying to reach conservatives across the country who will open up their wallets.”

Behold, the essence of Donald Trump. If Trump holds a campaign rally, it is his campaign that must pay for the facility that the rally is held in, as well as staff for the event, security, and all of the other things that go into hosting a major event. It’s so much cheaper and easier to swoop in and hijack some other poor slobs rally for his personal gratification, and now the cheap bastard is turning around and skipping out on the bar tab.

But the Toddler in Chief is not taking this lying down. A senior White House official told Politico that they were unsure why FOX would take the “unusual” step of shitcanning live coverage of the rallies, but promised that the administration was going to “look into it.” Cue an angry Bill Shine on line one; “What the fuck, dude?!? Seriously, I mean, what the fuck?!? Do you jokers have any idea of who you’re dealing with here?!?”

While there is no end of merriment to be gleaned from Trump’s clownish fall from grace at FOX, there is actually a very serious implication here. These “guest appearances” at candidate rallies are purely campaign rallies for Trump, he barely mentions the candidates name in his unquenchable thirst for ego stroking by the crowd. If FOX continues this practice after the midterms, it is going to mean a serious reduction of free “face time” for Trump heading into the 2020 election cycle. And there is only one reason why FOX is doing this. Their viewers, Trump’s core base, are flipping the remote when Trump is on the stage. It’s a purely business driven decision. It has long been said that if Trump loses FOX, he’s lost the war. We may be about to find out if that’s true. Don’t touch that dial. 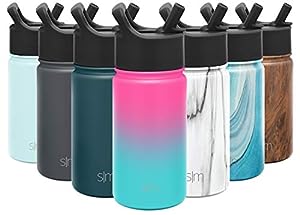