This is how one must interview Republicans given their adeptness to lie, misinform, and change the narrative. Tiffany Cross provided a clinic.

Tiffany Cross was not pulling any punches in this interview. She was always pleasant to the point that she likely caught Republican Strategist Katon Dawson off guard.

She had her way with him because she was prepared and listened for all the known segues to misinformation Republicans are known for, given their policies anathema to the poor and middle-class.

So how did Tiffany Cross do it? She kept control of the interview and always steered the narrative.

When Katon Dawson implied that Trump’s 9-million addition to the Republican roll was a great thing, she turned it into the GOP welcoming Qanon, white supremacists, and others onto their rolls. When he tried the false narrative about America being a 50/50 nation, she made it clear that it was false. The 50/50 split in politicians proves the country is undemocratic since many more vote for Democrats than Republicans. Narrative busted.

Cross called out the hypocrisy of the “pro-life party” supporting a murderous insurrection. Most importantly, she called out the politicians that, to date, remain complicit.

She pointed out that Conservative policies are not the policies Americans ask for. While Katon bragged about Trump attracting more voters of color, a statement disputed by Mondale Robinson, the founder of Black Male Voter Project, she pointed out that Katon Dawson himself had been a member of an all-white country club.

I doubt if the strategist realized how much damage, justifiably, he did to his cause. If he watches it, he should be ashamed of what he represents.

Listen to the entire clip. Democrats and Progressives for too long have played the game not to offend. Unfortunately, we were doing no favors to America. We got an unpatriotic seditious insurrection for letting too much go by. 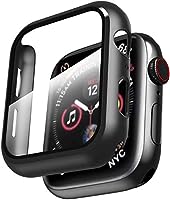