Enhanced solar absorption on Greenland is found to be a major driver of ice sheet calamity.

We have our hands full of worldwide contagion due to the incompetence of Donald Trump, Remember the same denial and sabotage of scientific facts that have led us to disaster with COVID is in overdrive at the White House when it come to dangers from climate change. What happens in the Arctic doesn’t stay in the arctic and, summer is coming. Prepare yourselves.

Worrisome news for all of us as yet another unprecedented driver of ice melt in Greenland was revealed in a study published in the journal The Cryosphere. The study found that last year’s extensive melting of Greenland’s massive ice streams was not just a result of record heat temperatures, but that unusual sunny skies were locked in over the island liquefying 93% of the surface of the ice sheet.

A quick reminder of what the 2019 melt season looked like.

Brian Kahn of Earther, as usual, writes a must-read on the new phenomenon.

All told, the new findings show that Greenland surface mass balance—a metric that factors in snowfall coming in and melting ice going out—dropped a record 320 billion metric tons in 2019 compared to the 1981-to-2010 average. That’s even worse news when you consider the island prior to was already losing six times more ice than it was in 1980. All told, 96 percent of the ice sheet’s surface saw melt in 2019. And while heat certainly played a role, the fresh research shows that freaky clear skies amplified the impacts.

The main driver for the clear skies was a ridge of high pressure that parked itself over the island. While weather patterns usually move from west to east in the northern hemisphere, the summer 2019 high-pressure system that helped melt Greenland was tied to the same pattern that baked Europe with record-setting heat.

The strong area of high pressure essentially shunted storms around Greenland, but not over it. Meanwhile, the clear skies helped heat things up on the ground, which in turn helped sustain the high-pressure system and lack of clouds. Of the 92 days last summer, 63 were dominated by high pressure over the ice sheet. It’s a vicious feedback loop that we’ve seen play out in other locations, like California during its multiyear drought.

Inner Arctic due for a "heat wave": more than 15°C warmer than the average 1979-2000 in the 10 day #GFS forecast. This may result in above freezing temperatures in most of the Arctic and an early melt onset (like 2016) in #Greenland. pic.twitter.com/j4i6McgzDt

Increasing surface melt is a dire problem due to another unknown phenomenon that was identified last year.

When the remnants of Europe’s second summertime heat wave migrated over Greenland in late July, more than half of the ice sheet’s surface started melting for the first time since 2012. A study published Wednesday in Nature shows that mega-melts like that one, which are being amplified by climate change, aren’t just causing Greenland to shed billions of tons of ice. They’re causing the remaining ice to become denser.
“Ice slabs”—solid planks of ice that can span hundreds of square miles and grow to be 50 feet thick—are spreading across the porous, air pocket-filled surface of the Greenland ice sheet as it melts and refreezes more often. From 2001 to 2014, the slabs expanded in area by about 25,000 square miles, forming an impermeable barrier the size of West Virginia that prevents meltwater from trickling down through the ice. Instead, the meltwater becomes runoff that flows overland, eventually making its way out to sea.
As the ice slabs continue to spread, the study’s authors predict more and more of Greenland’s surface will become a “runoff zone,” boosting the ice sheet’s contribution to global sea level rise and, perhaps, causing unexpected changes.

In case you didn’t know.

An excerpt from the study:

Melt duration in 2019 (Fig. 1a) estimated from PMW data exceeded the long-term (1981–2010) mean by up to 40 d along the west portion of the ice sheet where dark, bare ice is exposed (Fig. 1b). Over the rest of the ice sheet, the anomaly of the number of melting days during the summer of 2019 from PMW data was around 20 d. Negative anomalies were rare and geographically concentrated over a small area in the southern portion of the ice sheet. Surface melting in 2019 started relatively early, around mid-April (Fig. 2a, day of the year, DOY 105), and exceeded the 1981–2010 mean for ∼82 % of the days during the period 1 June–31 August 2019 (DOY 152–244). A measure that is commonly used for quantifying melting from passive microwave observations is the so-called melting index (MI), defined as the number of melting days times the area undergoing melting and being a measure of the intensity of surface melting (i.e., Tedesco, 2007). In 2019, the MI ranked third, after2012 and 2010. When looking at the different summer months separately, the MI values in 2019 ranked fifth in June, seventh in July and ninth in August. The 2019 updated trends for MI and melt extent (here defined as the area subject to at least 1 d of melting) are, respectively, 78.836 km2 per decade (p≪0.01, MI) and 7.66 % per decade (p≪0.01; the trend is here expressed as a percentage of the total area of the ice sheet). The maximum daily melt extent was reached on 31 July 2019, covering ∼73 % of the ice sheet surface. In comparison, the average daily maximum extent from PMWdata for the same day for the 1981–2010 period is 39.8 %. Notably, the total area that at any time underwent melting was 95.8 % of the total ice sheet in 2019 (Fig. 2b), compared with the 1981–2010 averaged value of64.3 %. Indeed, the persistency of the atmospheric conditions at the end of July that was responsible for promoting melting over 73 % of the ice sheet in a single day (31 July 2019) extended melting during the next few days over regions that were not originally involved in the melting on31 July, with cumulative melt extent for the 3 d period (31 July–2 August) reaching up to ∼97 % of the ice sheet surface. We note that a similar value for the maximum melt extent was reached in 2012, though in this case, it did happen in 1 d. As in 2019, the exceptional melt in2012 was associated with the advection of very warm and wet air masses coming from the south and promoting the presence of liquid water clouds promoting surface melt in the dry snow zone (e.g., Tedesco et al., 2016b). However, in 2019, the air mass came from the east after promoting an exceptional heatwave in Europe, being warmer and drier than the air mass in2012. Moreover, by crossing the relatively cold Atlantic Ocean from Scandinavia, in 2019 the lower atmospheric layers cooled down, increasing the stability of the air mass and then limiting the formation of liquid water clouds compared to July 2012, explaining why the melt extent was lower during this 2019 big melt event than in July 2012 while the temperature anomaly was higher in the free atmosphere in 2019 than in 2012.

This information is not included in current climate models. 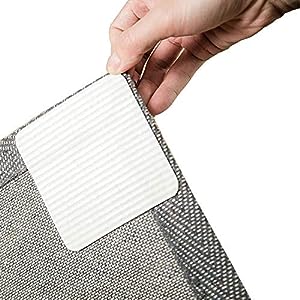