Ed Kilgore of New York Magazine posits that the coronavirus pandemic may be for Trump what Hurricane Katrina, the Iraq War, and the financial crisis were for George W. Bush:  it could finally erode Trump’s base.

But Kilgore has a valid observation about the coronavirus pandemic.  It has not moved into the rural areas with the same type of infectivity and death as in in the urban areas.  And he points out that Trump’s support still derives mainly from rural areas of the nation.

As Ron Brownstein explains, positive assessments of Trump’s handling of coronavirus has up until now closely tracked less-hard-hit areas where things could soon go terribly wrong:

[Trump’s] precarious public support on the virus heavily depends on preponderant backing from voters in the places that have been least affected. The Pew Research Center divided respondents in its mid-April poll into three groups: those living in counties that faced high, medium, and low incidences of the disease as of early in the month. The high- and medium-impact counties on one side and the low-impact counties on the other each accounted for almost exactly half of the nation’s population.

These areas diverged strikingly in their assessments of Trump’s response. And ominously for the president, assessments in the medium-impact counties were closer to the (mostly negative) high-impact group.

And as Kilgore and others have noted, the Republican governors are primarily the ones who are “reopening” their states, even though there has been no real flattening of the coronavirus pandemic curve in the U.S.  Many of the Midwest and western states have refused to issue shelter in place orders, and some are experiencing growth in coronavirus cases (Iowa is one such example).  And now, we have Florida, Georgia, South Carolina, Tennessee, and Texas relaxing their shelter in place orders.

I fully expect the number of coronavirus cases and deaths ito increase in all those states.  Yes, some people are not going to rush out to get their hair cut or nails done, but it sure looks like they are crowding those beaches in Florida and other places.  And it only takes a few people who are infected to start coronavirus hot spots.  I expect those numbers of coronavirus cases we have seen in NYC to be duplicated in reliable red states.  Last time I checked, there were plenty of cities in the red states I have listed.

See it’s real easy to think that the coronavirus is no big deal as long as it happens to black and brown people in urban areas.  But I am looking across the Ohio River at “heartland” states like Indiana and Ohio, and there coronavirus cases and deaths keep rising.  And neither state has rushed out like Georgia or Florida to embrace reopening their states for business as usual.

And once that happens, what will Trump supporters do?

Yeah, I know.  They will blame Democrats, Obama, Hillary Clinton, the Chinese…etc. But it will be harder for them to keep up that shit when rural white folks are dying. 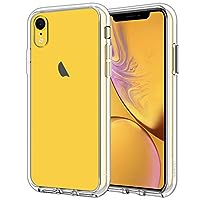