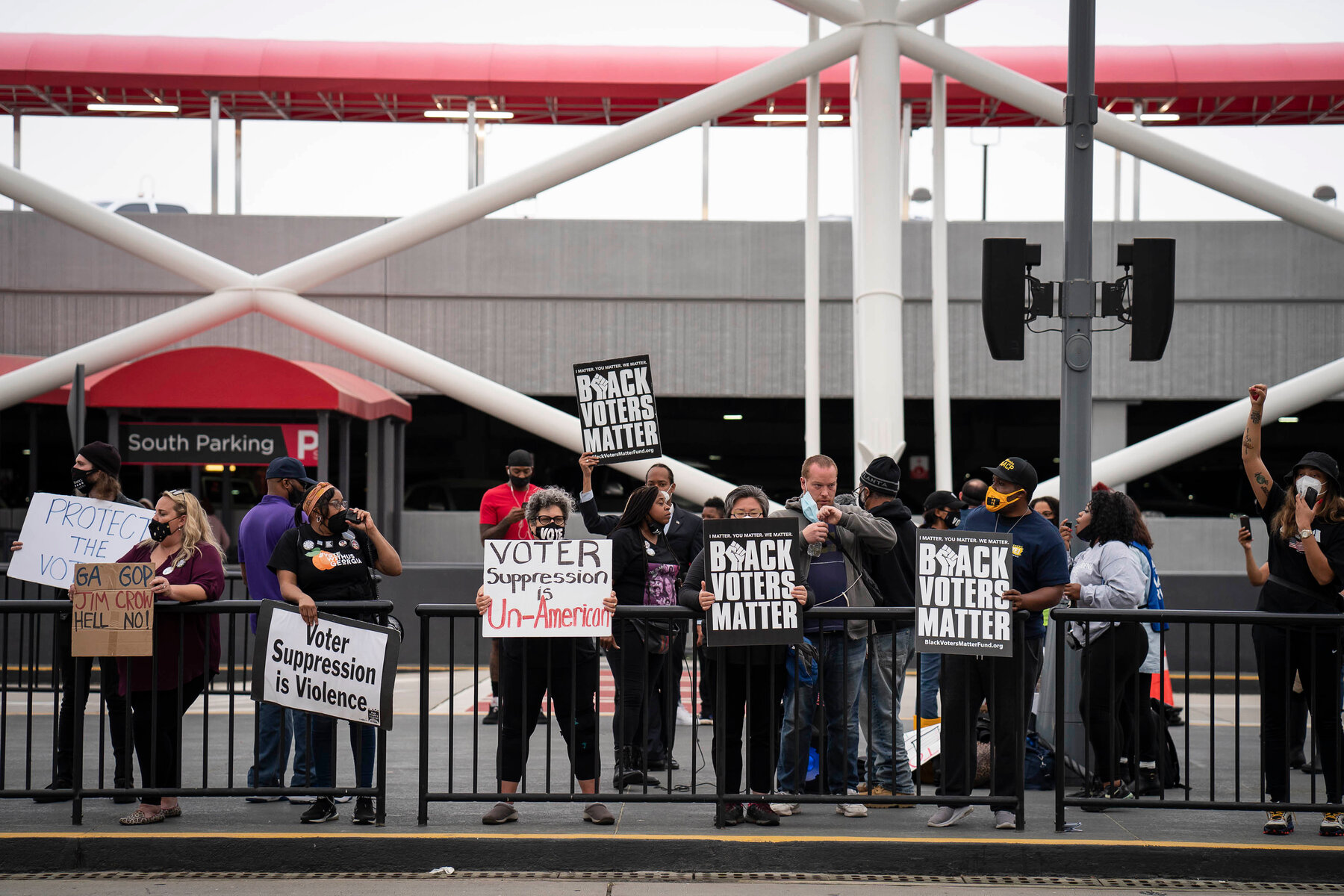 It is exceedingly disturbing that media outlets are playing the game of ‘Where’s QAnon,’ searching to unravel the GOP’s puzzle of voter restrictions. The use of voter suppression and the excusing of insurrectionists by Republican lawmakers have made the GOP a group of  Q-watchers. Despite the circumlocutive excuses made by those who want to stop black and brown people from voting the suppositions are pretty apparent. Texas is the latest state to emulate Georgia and use the excuse of voter fraud as their reasoning. The biggest problem with all the new legislation is the history of Jim Crow as its’ foundation and the changes in the voter laws are based on a Big Lie.

I have long since given up on arguing voter suppression or if Biden won the election with the QOP because they already know the truth. All their efforts are elaborate trolling and appeals to the paranoia wing of the Republican party. The declarations by the QOP that they are Christians who just want to protect babies and children and rid the world of baby blood-drinking Democratic elites, is an obvious fantastical lie. Where is the [Q] outrage over Matt Gaetz or Jim Jordan; or Mr. Trump who expressed a vile attraction to his then-teen daughter? After a supposed offer was made to her by Playboy magazine, Mr. Trump said, “I don’t think Ivanka would do that, although she does have a very nice figure. I’ve said if Ivanka weren’t my daughter, perhaps I’d be dating her.” Trump reportedly made a similar expression of attraction to a ten-year-old and made a habit of walking through the dressing room of the Miss Teen USA pageant contestants, while they were in various stages of undress.

This is the QAnon hero?

Yesterday, Donald Trump became the first sitting or ex-president to commemorate Easter with an attack, “Happy Easter to ALL, including the Radical Left CRAZIES who rigged our Presidential Election, and want to destroy our Country!” said Trump in a written statement published Sunday. No statement of sympathy for slain Capitol police officer, William “Billy” Evans or his family; or a moment of silence for the nearly 550,000 dead whom one of his former Covid task force advisers, Dr. Deborah Birx, laid 450,000 of those deaths at his feet. I am at a place in American history that I had hoped we would never repeat. I feel as though black Americans are one Republican legislature away from counting jelly beans in a jar again.

For one of the few times in her political history, I am publicly disagreeing with one of my political champions, Stacey Abrams. Her lukewarm endorsement of the boycott efforts in Georgia is economically intelligent but epitomizes fear. That was a tough sentence for me to write but the civil rights movement has a long history of tough choices, job losses, intimidation, and death. My personal views, having lived through people beaten, water-hosed, and lynched, will not allow me to take our most effective weapon of defense off the table, the boycott; America has never been guilted into moral courage by protest, burnings, or signs and chanting.