Earthworms consume microplastics in the soil. That may lead to a worrying collapse of biodiversity.

From Antarctica to agricultural fields, plastic waste is everywhere across the globe. We should be very concerned as this is yet another threat to our ability to feed ourselves.

We consume these plastics from our food and water. We don’t know what effect it is having on our bodies though one study from Singapore did find that microplastics are full of bacteria. Some of which are toxic to humans.

Microplastics are tiny bits of plastic that fall off of degrading water bottles and plastic bags. This degradation is wreaking havoc in global biodiversity and the ability of the ecosystems to function.

Most of us are quite familiar with the problems plastic poses in the oceans, and a new study found that the microbeads and plastics are also a threat to the land, particularly agriculture.

The Big Think provides a summary of the findings:

“Dirt” and “soil,” to non-farmers at least, are often treated as an earth layer; referencing it is often in the negative, as when a parent scolds a child for “playing in the dirt.” But soil is a process, living and organic, dependent on decaying and dead matter constantly being churned through (by earthworms, for example) and recycled.

Soil is one of the major reasons that America has become a global power. Our fields supply an incredible amount of food for the planet. By contrast, China, with its billion-plus population to feed, struggles to produce adequate amounts of nutrition due to less fertile soil. This is, in fact, one of the undiscussed underpinnings of the current “trade war.”

Damaged soil destroys not only ecosystems, but societies as well. When famers try to increase crop yield by introducing plastic mulches and irrigation, they’re unknowingly polluting the soil with tons of microplastic particles. These particles are then ingested by earthworms (among other animals), causing them to lose weight.

Soil is generally low in nutrient value, meaning that worms have to eat and pass a lot of it for their existence. The team compares the results to aquatic environments, in which the digestive tracts of fish, like worms, are obstructed and worn away. The consumption of microplastic particles stunts their growth while compromising the survival of the organism.

Beyond worms, the particles (especially HDPE) decrease soil pH. This directly affects the diversity of organisms living there. As with the human microbiome, in which a diverse population of bacteria is healthiest, soil pays a steep price when diversity drops.

In summary, the findings found plastic in our soils causes earthworms to lose weight. As a result,  stunted worms produce fewer crops and lower PH in the ground and poses a significant risk to our agricultural systems. 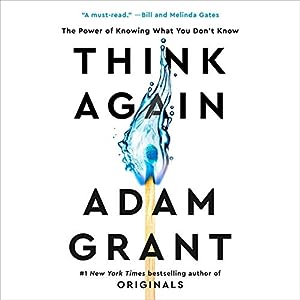