“I’d like to keep the numbers low. ……That wasn’t our fault.”

Often Trump blurts out his actual intentions. Trump has always been motivated by re-election, and with the current travel ban, profit for his resorts. The WH failure to do the kind of aggressive VOVID-19 testing that other countries did once spread was revealed may have dire consequences in the coming weeks. Politico reports via NPR that Trump may have been more instrumental in that failure.

Today he claimed testing was going “smoothly” and that he has not been tested for COVID-19 despite multiple contacts with people who have developed symptoms.

"Trump did not push to do aggressive additional testing…because more testing might've led to more cases being discovered and the president made clear the lower the numbers on coronavirus, the better for the president."

HE LITERALLY DOESN'T CARE IF WE ALL DIE. https://t.co/unOyfYm9Cn

Accurate testing is critical to stopping an outbreak: When one person gets a confirmed diagnosis, they can be put in isolation where they won’t spread the disease further. Then their contacts can be identified and put into quarantine so they don’t spread the virus if they’ve become infected, too. That’s particularly important for a virus like this one, which seems able to spread before people show symptoms, or when their symptoms are mild.

Ever since the first case of Covid-19 was detected in the US on January 20, the government’s blunders in creating and distributing diagnostic testing have greatly handicapped our response to the growing pandemic.

An ad-libbed riff, an error-riddled speech, and a nation on edge. Inside 10 minutes at the teleprompter that may define Trump’s presidency. My latest w @PhilipRucker + @jdawsey1. https://t.co/uGFyPSXaP3

Trump’s 10-minute Oval Office address Wednesday night reflected not only his handling of the coronavirus crisis but, in some ways, much of his presidency. It was riddled with errors, nationalist and xenophobic in tone, limited in its empathy, and boastful of both his own decisions and the supremacy of the nation he leads.
What you need to know about coronavirus
Futures for the Dow Jones industrial average fell in real time with virtually each word Trump uttered, signaling a lack of confidence among investors that he had control of the crisis and previewing another bloodbath once the markets opened Thursday morning. […]

Trump — who believed that by giving the speech he would appear in command and that his remarks would reassure financial markets and the country — was in “an unusually foul mood” and sounded at times “apoplectic” on Thursday as he watched stocks tumble and digested widespread criticism of his speech, according to a former senior administration official briefed on his private conversations.

Public health experts have said testing citizens for the coronavirus is essential for identifying new cases and limiting its spread, but the nation has experienced a chronic shortage of test kits after weeks of missteps by the government. Trump devoted only two short sentences to the topic, and they were vague: “Testing and testing capabilities are expanding rapidly, day by day. We are moving very quickly.”

Let’s be very clear: unless you have pneumonia and traveled to one of 5 high-risk countries recently, you can NOT get a #COVID19 test in New York City. If you, like me, have a fever and a headache (but tested negative for the flu), you are unable to rule out #COVID19. Shameful.

And now we have a shrinking economy, a growing deficit, no health preparedness and no Iran deal. https://t.co/SBVHKI9olm 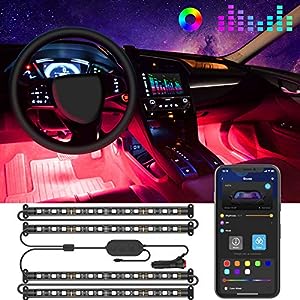