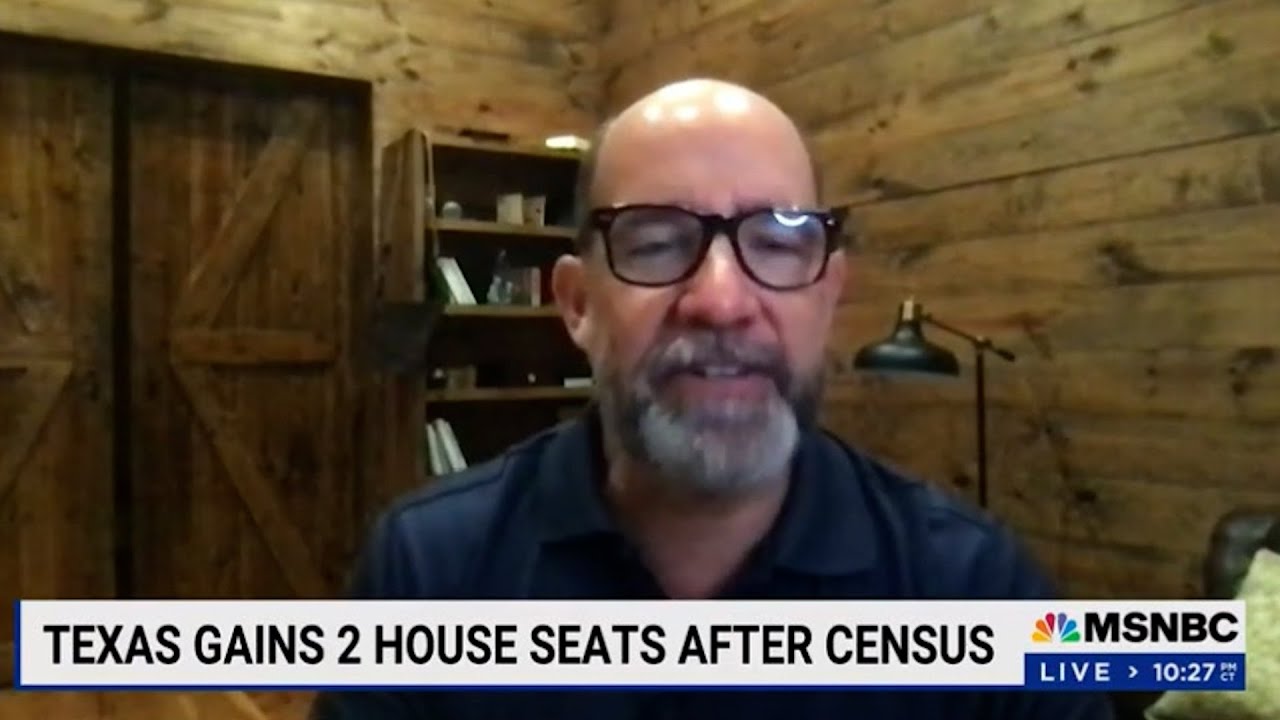 Matthew Dowd analyzes the Census and concludes with something I agree with. While the noise on the mainstream media is that it is a net loss for Democrats, I believe the converse is true.

It was refreshing listening to Matthew Dowd as he assessed what the 2020 Census really means. When I saw the top line my first interpretation was positive. It was not that three blue states were losing seats but that some red states were becoming less red.

Gerrymandering is real. At the same time, states like Texas could indeed try to engineer their two new districts to give it an easier likelihood that they would be Democratic. But as they dilute other areas, as they must, good candidates, good campaigns, and the reality of people needs can swing the pendulum as it already has in several Texas districts like the one won by Lizzie Fletcher.

“To me, Texas is the best the best view of where the country is headed,” Matthew Dowd said. “As soon as Texas shifts, which is going to happen in the next election or two, to a purple state and then ultimately Texas will become a blue state because of the demographics and what’s going on in the suburbs, it fundamentally changes the nature of the country’s politics because the Republicans have guaranteed themselves or counted on those electoral votes.”

Then Dowd provides the appropriate rationale after pointing out that there is a lot of noise that comes out of the mainstream media.

Now, if those of us on the left side of the ledger stop being a bit fearful and timid and become aggressive in pushing policies we know people want, we will activate those voters. As an example, here in Texas, I am appalled that I do not hear Democratic politicians saying, “Republicans are murdering Texans as they deny them care every Texas is paying for as they stubbornly refuse the Medicaid Expansion to the Affordable Care Act.” Texas is the state with the highest uninsured and uninsured rate.

(51627)
$17.62 (as of May 20, 2022 15:04 GMT -04:00 - More infoProduct prices and availability are accurate as of the date/time indicated and are subject to change. Any price and availability information displayed on [relevant Amazon Site(s), as applicable] at the time of purchase will apply to the purchase of this product.)