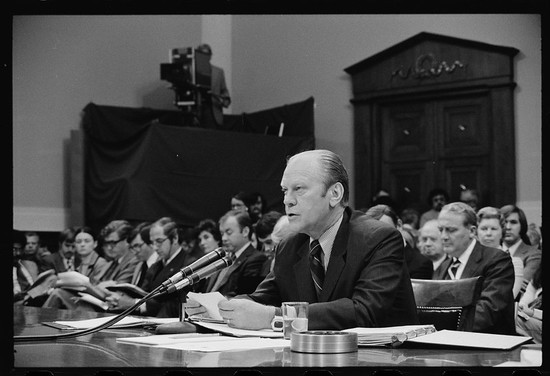 The call was perfect, so perfect that unlike his written responses during the Mueller report, Florida Man should appear in open session and testify before Congress. Because isn’t he the stable genius, smarter than all his generals.

He’s all about the stunts, and because short of dog-wagging, he’s now going to need to draw attention from the ever-firm facts of impeachment.

All Trump really wanted from Zelensky was the TV spectacle of announcing an investigation of Biden to be used in 2020 ads. That’s how he’ll rationalize bribery/extortion, abuse of power, and obstruction of justice.

What a historic moment for one of the worst presidents in history, like Gerald Ford in 1974 after he pardoned Nixon.

It’s time to get serious. You’re facing possible impeachment and removal. If you have witnesses that can exonerate you, you should stop blocking them from testifying. Otherwise, we can only conclude you have a deep, deep consciousness of guilt. https://t.co/hndaRI0nQR

Shouldn’t trump testify before Congress? What about all the times he was required to testify but his lawyers did not allow it? Like in the Mueller investigation for example. https://t.co/sU1HsmiyFh

Kent testified that Trump wanted Zelensky to not only mention the word "Bidens" in his announcement of investigations, but also specifically the word "Clinton" when referring to 2016. pic.twitter.com/ShU91VqsJu

Enough with the Latin. What Trump did was bribery. YES https://t.co/phA3EL6PMq

EXCLUSIVE — Trump and Mark Burnett have been talking about post-WH shows. Among the ideas… “The Apprentice: White House”https://t.co/OXmql6cYGS

(22300)
$179.00 (as of May 19, 2022 05:35 GMT -04:00 - More infoProduct prices and availability are accurate as of the date/time indicated and are subject to change. Any price and availability information displayed on [relevant Amazon Site(s), as applicable] at the time of purchase will apply to the purchase of this product.)