When Donald Trump does or says something as disgusting as the attack he made on the late Rep. John David Dingell Jr. Wednesday night, suggesting, to his wife Debbie among others, he may have gone to hell, Democrats immediately recoiled in disgust.  He spewed this vile vitriol on the same day Texas federal court Judge Reed O’Connor ruled the ACA (Obamacare) unConstitutional. Donald Trump is a master of throwing the ball and waiting to see who chases. I contend that Democrats’ sole focus should be on restoring not only America’s but the collective world’s sense of decency.  I am a lifelong Democrat and my party tells me he is an existential threat; if so, stop telling me that an “existential threat” takes a backseat to the economy, healthcare, and human rights.  Yes, he is distracting but let us not forget the consequences.

The textbook definition for existential is-relating to existence.

I am sure some of you disagree with my call for the focus to be exclusively on ridding the political world of Donald Trump, but anything that threatens my existence is my first priority.  This view may sound like retrenchment, but I see no alternative.  If your car crashes through the guard rail and is going over a thousand-foot cliff that is not the time to advocate for tougher seat belt laws. Unfortunately, I was not smart enough to coin the phrase “every action has a reaction” but I am smart enough to know that every inaction comes with a consequence.  If your pants are too tight, eating less is a good idea.  Cliffs have protective rails and caution signs, and if you drop twenty stories, because you ignored the warning, you are as much to blame as Wylie Coyote and Acme.

That does not mean do not eat food or visit the Grand Canyon, but it does mean concentrate on the main problem first; the cliff’s edge with no rail is Donald J. Trump. Timely for Democrats, the party held a debate last night.   I wanted  all the answers from the Democratic contenders to start with words something like,  ‘with the corruptor in chief still in office, fair, just and equal is impossible.’

After offering an alternative to Trump’s policies, the answers should end with, ‘…and being led by a criminal element is not what America should be.’ The leading Democrats have been lulled into this Midwest dreamscape of, without us, you cannot win. Day after day, show after show and article after article a reporter, columnist or essayist visits an eatery with a name like The Fried Everything to ask Bubba, how is America doing under President Trump? Trump moderates say I would rather be Russian than a Democrat and one believer said, in cult-like fashion, “He’s not gonna be removed. He’s not gonna be removed. He’s not gonna be removed,” when asked, do you feel confident in that? by a reporter, the response was “My .357 Magnum is comfortable with that. End of story.

What are we, as people?

I continue to believe that this election is not about Donald Trump—we know who he is. It is not about the hypocrisy of Republicans—we know who they are. It is about ‘Us.’ No, not the thriller about doppelgangers from the mind of Jordan Peele, but the American people. This is a self-actualization referendum and the choices are unambiguous; We are either a country of noble beginnings who struggled to find our morality and achieve greatness or one willing to scurry into our bigotry bunkers of discontent and bury our heads deeper into another four years of the Trump-hole. 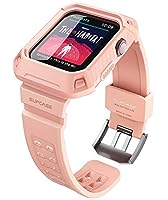