If you listen to Donald Trump, he is the Bigly master of distraction, with the Greatest talent for lying. He says, Believe me, because he is a Winner. These are the repeated themes of a man with little imagination, little thought, and little compassion. He speaks in a con man’s parlance because that is precisely what he is, a charlatan. Like most con men, they hit a wall, the games no longer fool the masses, reality overtakes them, and eventually, their public surrenders to the truth. Mr. Trump is gasping for a fresh breath of decency, that his lungs cannot handle. As he heaves, coughs and gags up regurgitated birther nonsense, he can no longer muster his New York chutzpah to even convince himself that his every lie should be taken as the truth.

With 168,000 plus people dead, in the U.S., from a pandemic that is completely beyond his realm of reasoning or reaction, asking for a miracle has been Trump’s only solution. He panders to himself in hastily, ill-prepared news conferences, saying to anyone who still bothers to listen any longer, “we’ve [his administration] done a good job.” Mr. Trump used similar words in March and again in June, saying he has done a “very good job,” or “we’ve done too good of a job.”  Maybe the word Mr. Trump should open a thesaurus to find and add to his limited vocabulary is, delusional.

In one of the most heartless and compassion-less pieces of rationale I have ever heard, Mr. Trump makes the case that if we miss the projections of upwards of 2.2 million people dying, 100,000 to 200,000 is a victory. Of course, those original projections of 2.2 million were based on the worst-case scenario; but like per capita figures and cases versus testing and deaths, he is clueless. What this does is expose that not only is the President ill-equipped for emergencies but his prowess as a businessman is suspect. Not understanding 12th-grade statistics is more than the benign word, ‘troubling’ his  GOP cohorts use to excuse his incompetence, racism, and cruelty.

We were told by Republican Senator Susan Collins that the President had learned his lesson following his Impeachment and subsequent acquittal by the Republican-controlled Senate. “The president has been impeached. That’s a pretty big lesson,” said Collins. Lisa Murkowski another Republican Senator intoned, “So many in this chamber share my sadness for the present state of our institutions. It’s my hope that we’ve finally found bottom here.” Murkowski blamed the press,  the Democrats, and every critic except the guilty party, President Trump. She went on to say the verdict would be rendered by the voters in November. “The voters will pronounce a verdict in nine months, and we must trust their judgment. It is important not to “disenfranchise nearly 63 million Americans and remove him from the ballot,” she said. Senatorial judgment is precisely what the Constitution instructs—Ms. Murkowski, in a representative republic.

While America dangles in the breeze, Senators Collins and Murkowski, the abdication of your Constitutional duties to convict a man you nuanced in statements later as guilty is shameful. The continued destruction of the State Department, the blatant compromising of the Justice Department, and now the demolition of the United States Post Office for Trump’s personal and professional gain was an ongoing danger that you ignored in place of partisanship. Trump’s campaign will be recycled lies and like his civilian campaign against former President Obama, just a distant replay.

Vote for Real Change and America in 2020. 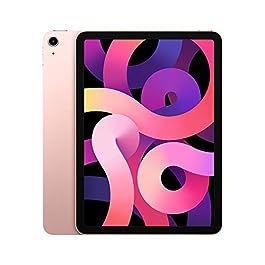