Bernie Made Us Proud Again!

When we say “Bernie made us proud again!” we mean it. Consistency is important for a candidate and for an organization. Those who flip-flop or pander like a weathervane pointing to the latest political winds make it difficult to trust them. Bernie Sanders has been a consistent champion for progress for decades. Progressive Democrats of America (PDA) does our best to emulate his integrity.

To win PDA’s endorsement, a candidate needed to win more than 60% of the votes (which is always PDA’s threshold for endorsements). Senator Sanders won a resounding victory, with 66% support from all of the PDAers who responded. Please give to support Bernie’s run for President. Money short? Contact Mike Fox to Volunteer with our We Want Bernie efforts.

If you’re undecided or support someone else, that’s fine. Contact Mike Fox to get involved with PDA’s issue organizing.

Pitch In Now To Support PDA And Bernie

We sent the following text in an email back in November 2015–just after the tragic terrorist attacks in Paris, France. Over the intervening years, not much has changed. So we’re resending this as a reminder of the importance of integrity, and emphasizing that we’ve stayed on message since our founding. (No text was changed, but we updated the links.)

Our hearts are heavy with grief because of the attacks in Paris. Only Bernie had the courage and the insight to tell the truth when he said, “The disastrous invasion of Iraq—something that I strongly opposed—has unraveled the region completely, and led to the rise of Al Qaida and to Isis. I don’t think any sensible person would disagree that the invasion of Iraq led to the massive level of instability that we are seeing right now.”

While noting that Isis remains a threat, Bernie insisted that Climate Change is the most serious threat facing us—a fact his rivals refused to recognize. He also connected the dots between the U.S. and European legacy of replacing popular governments with dictators and the resultant suffering as a primary driver of unrest and terrorism.

We are proud we helped convince Bernie to run for president, and once he announced he would, we were the first organization to endorse Bernie. Join our team of volunteers working across the country to help build the Political Revolution Bernie is calling for. If we all join Bernie’s movement, then we’ll have the inclusive, egalitarian, and democratic society we deserve. What can you do?

1) Get Your Bernie Gear While Supplies Last! Show your support for Bernie! Wear your t-shirt or button everywhere. Display your bumper sticker, and get your friends to do so as well. Bernie gear makes a great stocking stuffer for your progressive friends! Small bulk orders displayed on our order page, but if you want a larger custom package order, Contact deb@pdamerica.org

2) Join our We Want Bernie team! Step up to host a house party or coffee shop event, clipboard at local events, and phone bank from home. Contact Mike Fox to get plugged in to help Bernie win.

3) Donate as much as you can right now. We helped spark this movement, and we’re doing all we can to help gain support for Bernie’s campaign.

Bernie explained that approximately 90% of our military budget has nothing to do with addressing current national security concerns, and committed himself to restructuring our budget priorities to serve the needs of all Americans—not just the military industrial complex and Wall Street speculators.

Bernie called out the big banks and financial institutions for their greed and abuses that rigged the system, destroyed our economy in the 2008 crash, and continue robbing us of the wealth we’ve earned while closing the doors of opportunity. He repeated his call to break up the big banks.

Bernie’s platform is PDA’s mission statement. We, like Bernie, are committed to peaceful engagement with the rest of the world and dramatic changes to our fiscal, international, and other policies. PDA launched in 2004 to build a transformative grassroots progressive movement to:

Please help us continue our mission! Donate as much as you can right now to help us keep up and expand our efforts!

Unfortunately these efforts don’t come cheap. We need your help right now to cover our expenses! Help our We Want Bernie campaign elect Bernie and build the political revolution we need! If money is tight, sign up with Mike Fox.

Thanks so much for anything you can do right now.

P.S. We’re here to help you make progress in your state and locality! If you need help organizing a new PDA chapter or energizing your existing chapter, please contact PDA Field Coordinator Dan O’Neal. Join the PDA Phone Team making easy, effective calls from your own home with Mike “Phone Guy” Fox. Also please pitch in $1000, $100, or whatever you can afford to support our work to elect strong progressives. 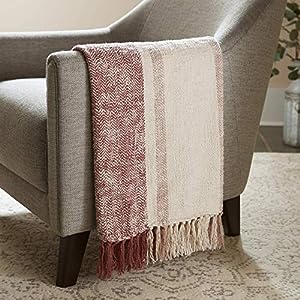