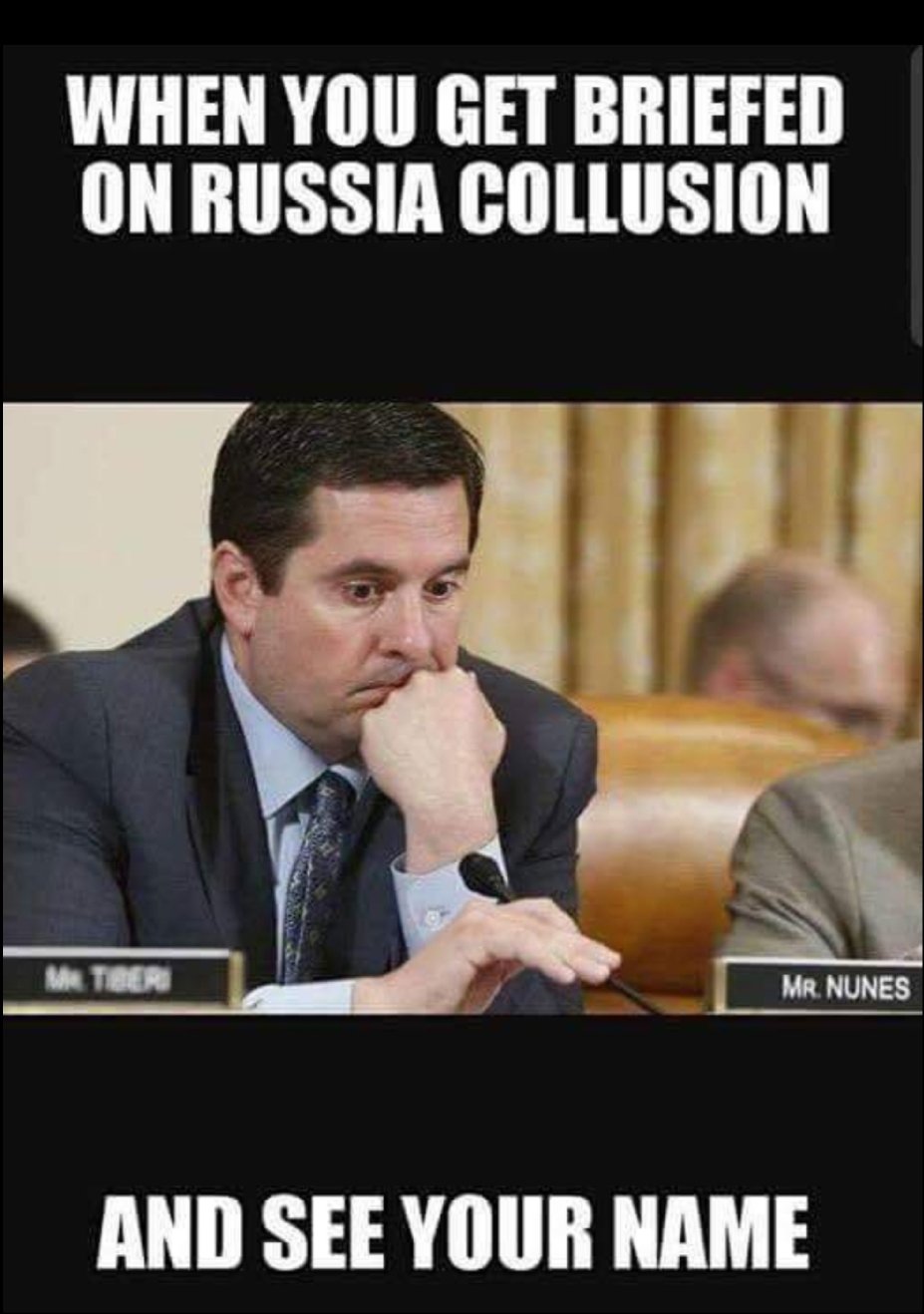 I’m proud that Chairman Adam Schiff and those on the Intelligence Committee wrote into law the agencies to issue this report because now everyone can see what I was excited about and the fact is that they were so comfortable using people like Nunes that a known Russian asset sent information to Devon Nunes at the intelligence committee, we had the package receipt and what prompted that appearance on your show was that I questioned him during a hearing, an open hearing, about what was in the box. When he had received, the same information presumably that Ron Johnson trying to spread around using the position in the Senate as the chairman at that time of the Homeland Security Committee.

So it’s extraordinary that Russia’s strategy was to spread disinformation using American media organizations like Fox and OAN but even more alarmingly senior members of the U.S. Senate and House in an effort to launder the disinformation in a way that the media might find credible. Luckily the media I think most of it and the rest of us knew what was up and called foul but it’s an extraordinary statement now the Republican party lost its way that they would somehow talk themselves into becoming and this is a term of art useful idiots for the Kremlin, Vladimir Putin. And Rudy Giuliani. All of these people were more than willing to do the bidding of a Russian dictator to try to win an American election. It is breathtaking.

In January 2020, House Democrats alerted the FBI to a package sent from a Kremlin-linked Ukrainian lawmaker overseas to Rep. Devin Nunes (R-CA) that allegedly contained dirt on Joe Biden.

Nunes refused to say last year whether he received the material.https://t.co/Bthba6vnjL

“Russia's strategy was to spread disinformation using American media organizations… but even more alarmingly, senior members of the Senate and the U.S. House like Ron Johnson and Devin Nunes in an effort to launder their disinformation” – @RepSeanMaloney w/ @NicolleDWallace pic.twitter.com/XPfwrOZtmR

Russia’s strategy was to use US media organizations and – even more alarmingly – senior members of the Senate and House like Ron Johnson and Devin Nunes in an effort to launder their disinformation.

It's an extraordinary statement of how the Republican Party has lost its way. pic.twitter.com/AoaKvi4sn7

He likes to quote @urbandictionary in the footnotes 🐮 pic.twitter.com/zyHmsSvMsC

(51641)
$17.62 (as of May 21, 2022 09:54 GMT -04:00 - More infoProduct prices and availability are accurate as of the date/time indicated and are subject to change. Any price and availability information displayed on [relevant Amazon Site(s), as applicable] at the time of purchase will apply to the purchase of this product.)