The ongoing battle to flip the Virginia House of Delegates on Tuesday is a good preview of can be expected this time next year. Currently, Virginia’s Republican Party  is in full meltdown mode over the likely Democratic takeover coming on Nov. 5.  All 100 seats are up for grabs, and Democrats are just only delegate shy of breaking the GOP narrow majority (51-48), as well as an even narrower majority in the state Senate (20-19).

Virginia, as a state, has grown increasingly blue in recent years, and the state’s horribly gerrymandered map was thrown out in favor of a fairer one. Furthermore, most polls indicate that Trump is underwater in Virginia. The GOP’s strategy over the summer was to play it safe from the center, focusing their attention to local politics. Some politicians even carefully crafted campaigns that made them seem like Democrats. However, that strategy clearly has not worked, so candidates and their consultants are clearly spooked.

Now, instead of continuing to distance themselves from Donald Trump, Virginia Republicans have decided to pull a 180. In these final days before the election, they’re embracing the president’s playbook of viciously attacking their opponents—along with outright lying, as the Washington Post reports.

In crucial swing districts, from Northern Virginia to Richmond to Hampton Roads, Republican candidates are trying to turn out GOP voters while hoping they can hang on to the centrist images they cultivated all summer. To pull it off, they’re casting Democrats as extremists — invoking hot-button issues such as abortion and immigration that Republicans had largely avoided as they attempted to soften their connection to an unpopular President Trump.

The Post greatly toned down the reality: The schemes and attacks have been gross, and reeking of despair. In the 21st district (Virginia Beach), the Republican challenger to Democratic Delegate Kelly K. Convirs-Fowler is Shannon Kane. Kane’s Facebook profile still harkens back to earlier this summer, when she focused on local priorities and even sucked up to Democrats by saying she would work to help public school teachers. She even pretended to care about gun safety.

That approach didn’t work for Kane, so she channeled her inner Trump, and sent an extremely racist mailer that inserted an image of a smiling Convirs-Fowler into a picture with MS-13 gang members. 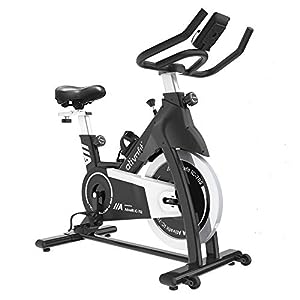